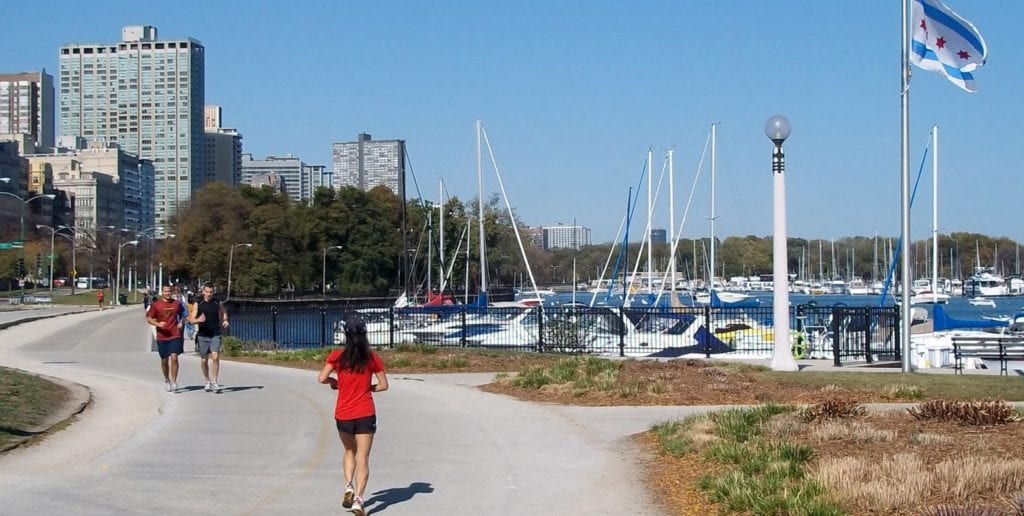 A robbery crew targeted people along the Lakefront Path near Belmont Harbor yesterday afternoon—repeatedly tossing bikes in front of oncoming bicyclists in an effort to knock people down so they could be robbed according to multiple witnesses and one known victim.

Reports started coming in shortly before 2PM from people along the bike path between Belmont and the landmark totem pole, according to police. All of the reports said that two men on bikes and one man on foot were trying to steal bikes and other property after knocking people down along the lakefront.

Police were unable to locate the offenders, but one man later showed up at Illinois Masonic Medical Center for treatment of injuries that he suffered in an attack at the north end of Belmont Harbor. Officers have categorized the incident as an armed robbery—with the weapon being a bicycle.

Witnesses said the three suspects were last seen heading westbound on Belmont from the lake around 2:20PM on Thursday.

All three men are described as black with short hair, 18-23 years old, 5’9” to 6’ tall and thin. One carried a red book bag. One had a black specialized bike. And one had a black bike with green trim.

Image: Wikipedia
———-
Email us. Facebook us. Twitter us.
About CWBChicago 4360 Articles
CWBChicago was created in 2013 by five residents of Wrigleyville and Boystown who had grown disheartened with inaccurate information that was being provided at local Community Policing (CAPS) meetings. Our coverage area has expanded since then to cover Lincoln Park, River North, The Loop, Uptown, and other North Side Areas. But our mission remains unchanged: To provide original public safety reporting with better context and greater detail than mainstream media outlets.
Website Facebook Twitter YouTube