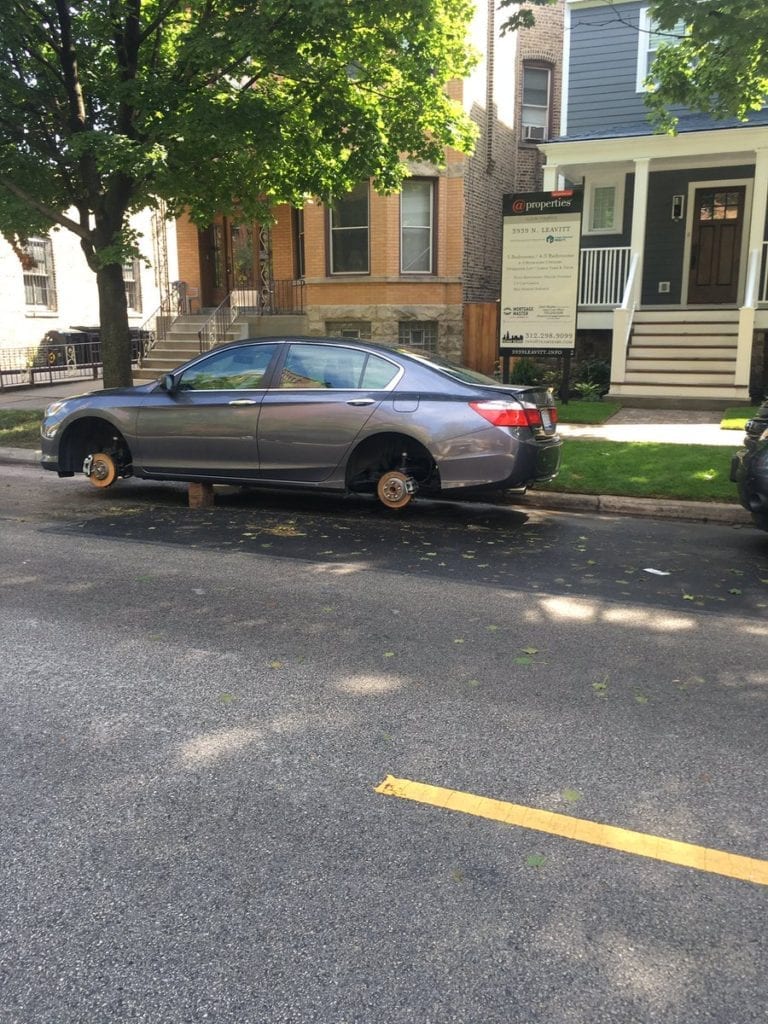 In a real estate broker’s worst nightmare, someone put this little car up on blocks and stole its wheels smack dab in front of a freshly-finished house flip that’s on the market at 3939 N. Leavitt.
CWB Chicago reader @starshiplimo sent us the pic this morning.
Someone who paid $660,000 for the woodframe home last summer is now seeking a whopping $1,350,000 for the “gut rehab with 4-5 bedrooms upstairs in the sought after Bell School district!”
Oddly, the real estate listing makes no mention of the urban artwork that now commands the view from the home’s “friendly front porch.” 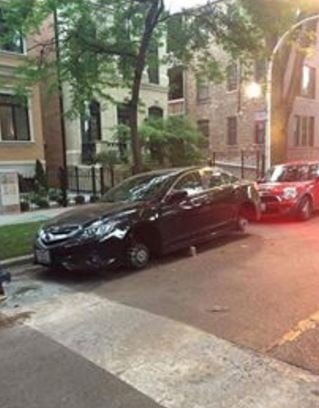 Meanwhile, another car was left on blocks this week in front of 1508 W. Byron–where a 3-story, five bedroom mansion is making a new home.

There’s no word on how much developer Barnett Homes will be asking for the mega-mansion, but we do know that they paid $875,000 for the teardown!

Again, the developer’s site fails to tempt potential buyers with the complimentary tire removal service that complete strangers offer in our neighborhood. It’s just our way of saying “welcome to Lakeview!”