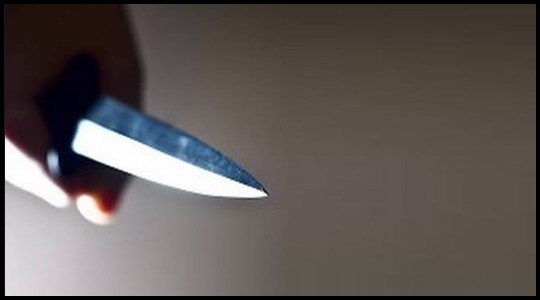 Four children were robbed. One woman was robbed and nearly sexually assaulted. Another woman was the victim of an attempted carjacking. And at least five other people were successfully robbed.

The crimes, all believed to be the work of three teenagers or young adults armed with a knife, were reported in less than 2 hours Monday afternoon across Lincoln Park and Bucktown.

• At 3:45PM, a man was hit in the back of the head and robbed in the 1900 block of N. Wood Street by offenders who were armed with a large knife.

• At 4PM, three students from St. St. Josaphat school in Lincoln Park were robbed near Wrightwood Park, 2534 N. Greenview, as they walked to sports practice. One student was put in a headlock and an offender displayed a red knife during the attack.

• At 4:15PM, the same offenders attempted to sexually assault a woman as they robbed her with a knife near Mildred and Schubert. The sexual assault was not successful, but the punks took the woman’s cell phone and backpack. Cops believe that one of the woman’s credit cards was later used at a nearby gas station.

• At 4:50PM, another woman was robbed at knifepoint by two offenders near Greenview and Wellington. A backpack that was taken from an earlier victim was recovered at the crime scene.

• At 4:57PM, another victim reported being pushed and robbed of a cell phone by two men armed with a knife. in the 3000 block of N. Ravenswood

• At 5:01PM, a Lakeview woman reported that she was nearly carjacked by two men armed with a knife in the 3700 block of N. Greenview. The offenders fled westbound in an alley behind Grace.

• At 5:20PM, a woman said that a boy from her neighborhood was jumped and robbed by two offenders behind her garage in the 1700 block of W. Nelson. The woman said she walked the boy to his home after she scared the offenders away.

Witnesses describe the attackers as two or three black men or boys between 13- and 25-year-old armed with a 5- or 6-inch red knife. They are believed to be driving a dark colored Honda or Nissan, possibly a hatchback.

One offender is about 5’5” tall and weighs about 150 pounds. He wore a red shirt. The other is about 6-feet tall and wore a white tee shirt.