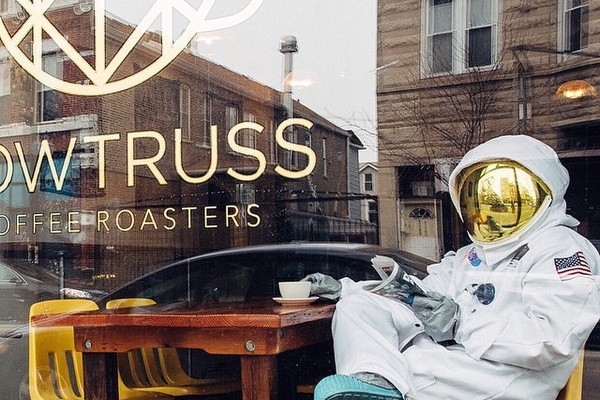 He’s the Johnny Appleseed of North Side coffeeshops.

Philip Tadros, the 37-year-old man behind the Bow Truss coffeeshop chain, is free on $2,000 bail after being arrested at his home in the 3600 block of N. Wayne last Thursday evening.

Police did not identify the relationship between Tadros and the alleged victim, but a source said that a “child” called 911 to report that a husband and wife were fighting at the home around 4:45PM.

Other callers reported a couple “fighting” in an alley near the CVS Pharmacy at Addison and Southport, according to the source.

Tadros is accused of pushing a woman to the ground and biting her finger, police said.