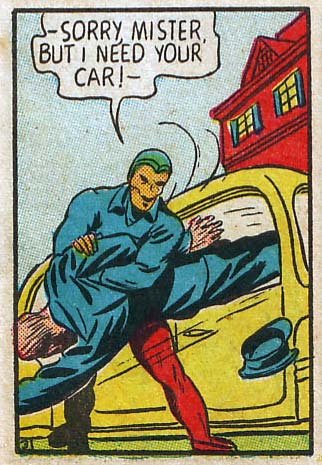 An Uber driver with a concealed carry license was carjacked in Lakeview late Saturday night, just a half-mile from where a woman was carjacked earlier in the day.

Last night’s offenders got away with the man’s car as well as a handgun and two magazines that he stored in the vehicle’s center console, police said.

No one is in custody and neither the car nor the weapon has been recovered.

The Uber driver told police that four offenders approached him and one pulled out a chrome revolver as he stepped from his vehicle near Addison and Racine around 11PM. All four piled into the victim’s black 2013 Infiniti SUV, which was last seen eastbound in the north alley of Addison, the man said.

The gunman is described as a 5’8” black man with curly hair who wore a blue shirt and dark blue jeans. The other three offenders were black men in their late teens to early 20’s, the victim said.

Second Carjacking Of The Day

The Uber driver was the second carjacking victim in our neighborhood on Saturday.

Around 4AM, a woman’s Nissan Versa was taken near Belmont and Lakewood by a man who implied that he had a weapon.

Our original report on that crime is here.