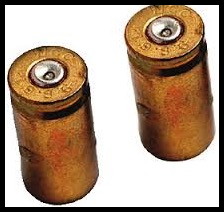 Police this week sought surveillance video after gunshots rang out during a fight near Windy City Gyros, 3932 North Broadway, early Monday. No injuries were reported.

Residents and witnesses reported hearing between three and nine gunshots around 1:30 a.m. and cops soon determined that the incident took place in the restaurant’s parking lot.

Witnesses said that a large group began fighting in the lot when one participant pulled out a gun and fired.

The person with the gun fled north on Broadway in a red vehicle, police said.

A resident called police around 12:30 p.m. Saturday after finding three spent casings in the park near the intersection of Arlington Place and Lakeview Avenue. Gunshots had been heard nearby the night before, but no one was reportedly injured.

On September 30, several residents in the 2500 and 2600 blocks of North Stockton and North Lakeview found bullet holes in vehicles and car windows shot out. Two residents found shell casings on nearby Stockton Drive.

Police believe that a man who showed up at St. Joseph’s Hospital with a gunshot wound that morning was likely struck by the gunfire. The “uncooperative” victim claimed that he had was shot in Logan Square.

Email us. Facebook us. Twitter us.
About CWBChicago 4360 Articles
CWBChicago was created in 2013 by five residents of Wrigleyville and Boystown who had grown disheartened with inaccurate information that was being provided at local Community Policing (CAPS) meetings. Our coverage area has expanded since then to cover Lincoln Park, River North, The Loop, Uptown, and other North Side Areas. But our mission remains unchanged: To provide original public safety reporting with better context and greater detail than mainstream media outlets.
Website Facebook Twitter YouTube