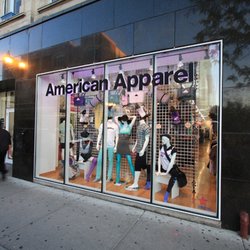 Two neighborhood retailers were hit by shoplifting crews on Saturday afternoon, and cops think the same mob is responsible for both incidents.

The frequently-targeted American Apparel store at 929 West Belmont was the first victim.

An employee said that a crew of seven thieves entered the shop around noon, stuffed an estimated $2,500 worth of merchandise into Forever 21 bags, and then barged out of the front door.

Witnesses reported seeing the thieves run through a nearby alley and jump into a car behind Alderman Tom Tunney’s Ann Sather restaurant.

Police described the mob as consisting of seven black females between the ages of 16 and 22.

Cops who responded to the Lincoln Park resale shop said that the technique and offender descriptions were identical to the American Apparel heist.