Chicago detectives are questioning two suspects in connection with Saturday’s armed robbery of an off-duty police officer in Lakeview, according to a law enforcement source. 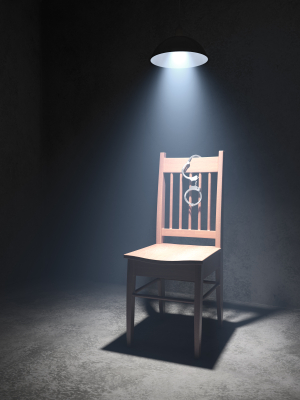 A vehicle that investigators believe is connected to the robbery was spotted late yesterday by officers on patrol in the nearby 18th district. The car’s driver sped off and quickly crashed into another vehicle when officers tried to pull him over in the 1400 block of North Halsted around 11:30 PM.

No charges have been filed.

While the victims reported that the three gunmen emerged from a dark-colored SUV, a source said that the vehicle stopped last night was a 4-door sedan. Police impounded the vehicle for forensic testing.

The off-duty Chicago cop and a female companion were confronted by three armed men around 9:25 PM Saturday in the 3100 block of North Ravenswood, police said.

Even after the off-duty cop identified himself as a police officer, the offenders proceeded with the robbery and escaped with the officer’s weapon, police star, and wallet. They also took a wallet from the woman who was with the officer.

The victim’s star was recovered nearby and has been tested for the the presence of the offenders’ fingerprints and DNA, a source said.

Image: Non-Verbal World
———-
Email us. Facebook us. Twitter us.
About CWBChicago 4360 Articles
CWBChicago was created in 2013 by five residents of Wrigleyville and Boystown who had grown disheartened with inaccurate information that was being provided at local Community Policing (CAPS) meetings. Our coverage area has expanded since then to cover Lincoln Park, River North, The Loop, Uptown, and other North Side Areas. But our mission remains unchanged: To provide original public safety reporting with better context and greater detail than mainstream media outlets.
Website Facebook Twitter YouTube