The street muggers are out in force around Boystown this month – and every time the cops catch a bad guy, it seems like another criminal pops up.

Two more robberies in Chicago’s LGBTQ stronghold on Tuesday bring October’s hold-up count to at least six. One of yesterday’s offenders is in custody. 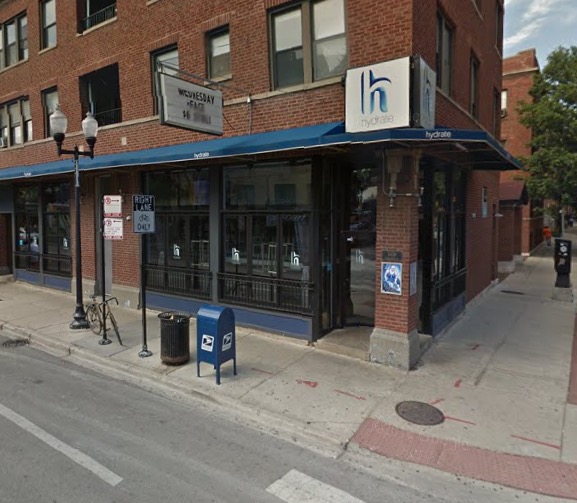 • A man sought help inside Hydrate Nightclub, 3458 North Halsted, after being mugged by two men nearby, police said.

The offenders implied that they were armed as they took $80 from the man around 3:30 a.m.

Both offenders are black men wearing black hoodies. One wore a white bandana over his face and the other wore a White Sox cap.

• Police took at least one offender into custody after a woman was robbed of an iPhone on the Belmont CTA platform, 945 West Belmont, around 8 o’clock last night.

Several witnesses and a CTA security officer reported the incident and police took a suspect into custody moments later in the 3200 block of North Wilton.

Reports from a witness indicate that two suspects are in custody.  CWB is working to confirm that detail.

——
The next community policing meeting for Wrigleyville + Boystown will be held at 7 p.m. tonight at the 19th District police station, 850 West Addison.
About CWBChicago 4360 Articles
CWBChicago was created in 2013 by five residents of Wrigleyville and Boystown who had grown disheartened with inaccurate information that was being provided at local Community Policing (CAPS) meetings. Our coverage area has expanded since then to cover Lincoln Park, River North, The Loop, Uptown, and other North Side Areas. But our mission remains unchanged: To provide original public safety reporting with better context and greater detail than mainstream media outlets.
Website Facebook Twitter YouTube