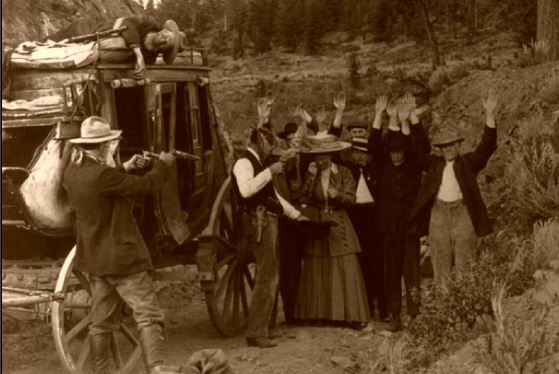 At least six people were robbed in two separate muggings near Roscoe and Halsted in the heart of Boystown early Sunday. In one case, five people were surrounded and robbed by a group of offenders who brandished at least one handgun, police said.

One person is known to be in custody.

The unusually bold 5-on-5 robbery raises the number of people mugged in Boystown this weekend to at least 9, according to CWB Chicago‘s reporting of police activity.

Batten down the hatches, Cubs fans. You may be in for a miserable post-season.

Around 4:40 a.m., a group of five friends was surrounded by five or six men, one of whom pulled out a handgun, near the 700 block of West Roscoe Street, police said.

One of the robbers held the victims at gunpoint while another went through their pockets and collected valuables. Other attackers acted as lookouts and force.

Cops found one of the victims’ phones on a suspect that police stopped around 5:30 a.m. in the 800 block of West Buckingham. That man was also carrying two other phones that officers suspect he does not own.  He was positively identified by a victim and is facing robbery charges.

Four or five other suspects remained at large this morning.

While police were handling that robbery, another man walked into the 19th district police station and reported that he had just been strong-arm robbed near Halsted and Roscoe.

The lone victim said that three men roughed him up and robbed him of an iPhone, a $100 bill, and his wallet around 5:25 a.m.

The most recent victim described the offenders who robbed him as black men in their 20’s. One wore an orange hoodie and had cornrows. Another wore a gray hoodie and jeans. The third wore a black hoodie and a mask, the victim said.

The victims of the first robbery said all of the offenders who surrounded them were black men. The one who was armed with a gun wore a red hoodie, stands about 6-feet tall, and has a slim build.

And the robber who collected the victim’s valuables stood about 5’6″ tall and wore a black hoodie.

To be determined is what connection, if any, a third incident has with the robberies.

While officers were driving victims, witnesses, and the one captured offender to various locations around six a.m., they drove into the tail end of a large fight on Clark Street between School and Roscoe.

Four victims told the officers that they were assaulted by four people who fled south on Clark Street in a white car with Missouri license plates.

Other officers stopped the vehicle near Lake Shore Drive and Belmont around 6:10 a.m.

The car’s occupants were arrested.

At least four other people fell victim to robbers in Boystown and the immediate area this weekend. CWB Chicago previously reported on these incidents:

– At 12:30 a.m. Saturday, a 64-year-old retiree suffered a head injury during a robbery in the 700 block of West Melrose, about a block from his front door. Three men are charged in the case.

– A woman was robbed by a man who claimed to have a gun near Grace and Pine Grove at 2:30 p.m. Saturday. The offender remains at large.

——
The next community policing meeting for Wrigleyville + Boystown is going to be at seven p.m. on Wednesday, October 5, at the 19th District police station, 850 West Addison.
About CWBChicago 4363 Articles
CWBChicago was created in 2013 by five residents of Wrigleyville and Boystown who had grown disheartened with inaccurate information that was being provided at local Community Policing (CAPS) meetings. Our coverage area has expanded since then to cover Lincoln Park, River North, The Loop, Uptown, and other North Side Areas. But our mission remains unchanged: To provide original public safety reporting with better context and greater detail than mainstream media outlets.
Website Facebook Twitter YouTube