Area North detectives this afternoon released an armed robbery alert in which they connect five cases across Lake View and Uptown. 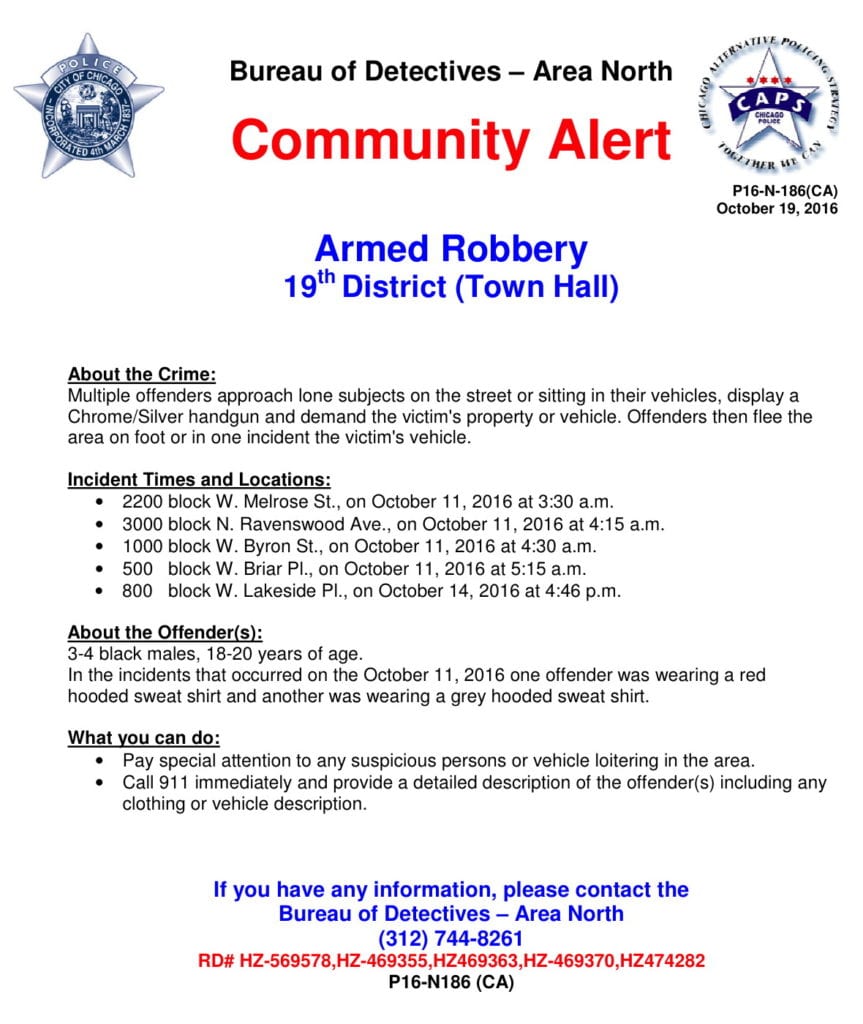 Multiple offenders are approaching people as they walk alone or sit alone in cars. One of the offenders produces a chrome or silver handgun and demands the victim’s property or vehicles, police said.

CWB Chicago has learned through a source that detectives have high-quality surveillance images of the suspects, who are 3 or 4 black men between 18- and 20-years-old.

Cases linked by police occurred at the following locations, dates, and times;

On Lakeside Place, the offenders pulled a handgun and forced the victim out of his gray 2003 Jeep Grand Cherokee, according to a law enforcement source. Four or five robbers climbed in and drove off with the vehicle, the source said.

Another source told us that the Ravenswood incident might have also been an attempted carjacking. In that case, a Lyft driver who had pulled over to take a nap was startled by the robbers. She managed to drive away before a robbery was carried out.

Anyone with information about the incidents is encouraged to call Area North Detectives at (312) 744-8261. You can refer to pattern P16-N186