The Loveable Losers’ winning season was analyzed a thousand different ways. Except one.

That’s where we come in.

CWB Chicago’s been tracking every detail of every arrest during every Cubs home game this year. We’ve read every arrest report. Several of them were quite funny. (Thanks, Daniel!)

We counted 87 arrests during the Cubs’ 81 home games. With Wrigley attendance hitting 3.23 million this year, the arrest-to-fan ratio is 1:37,154

And, then, there are these details: 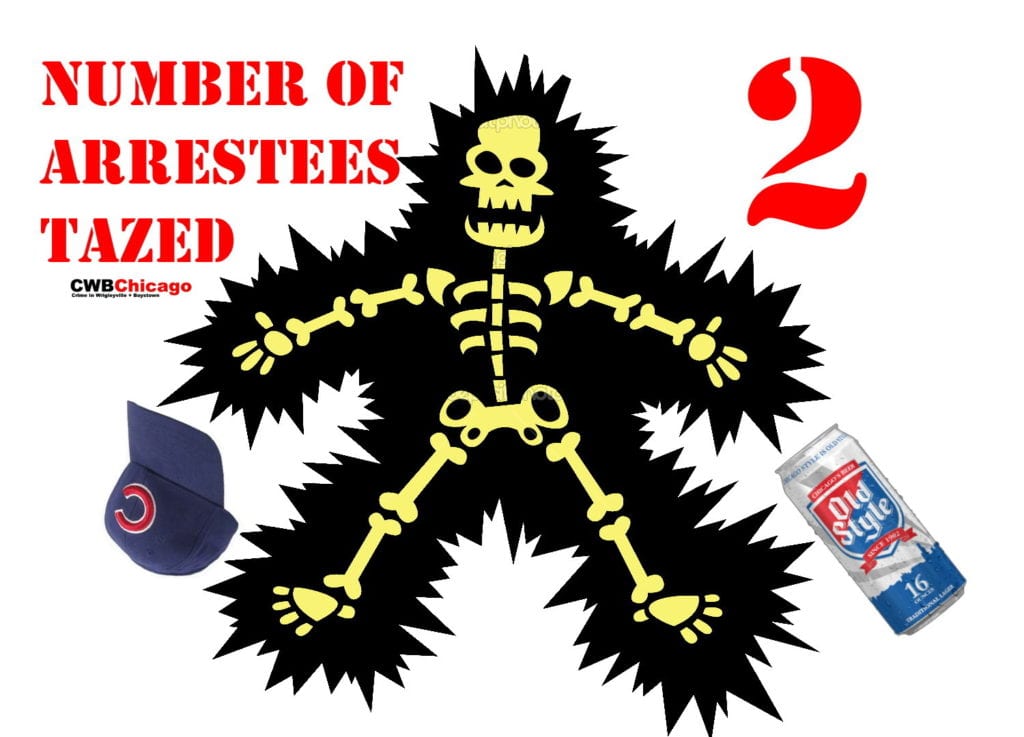 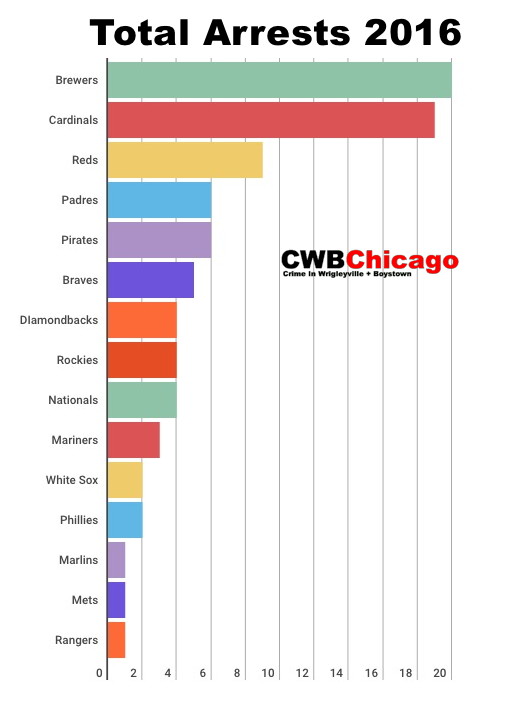 Some visiting teams are much “better” at generating arrests than others. Much, much better.

The race for first place in total arrests literally came down to the last home game of the season.

But the Brewers also earn another award for their (very) empty trophy case. In addition to having the most arrests overall, they also tied for most arrests per game played at Wrigley! Nice job, Cheeseheads! 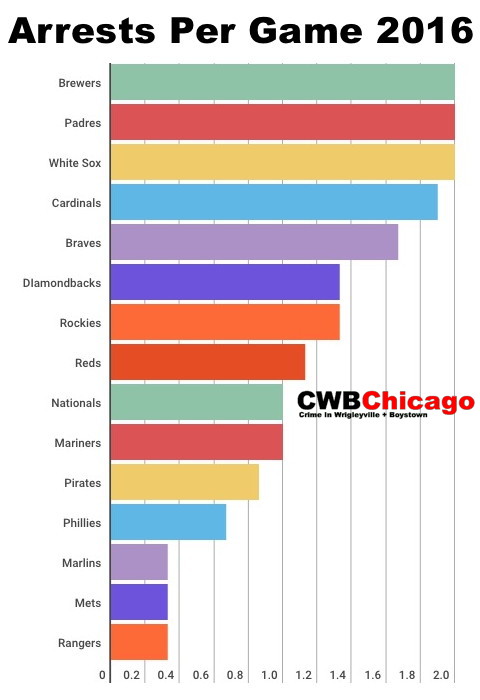 Why are we celebrating violence here?

Congratulations to the three teams that spawned no arrests during their visits to Wrigley Field this year:

Good job, Cali boys. You almost made up for carnage inflicted by the San Diego Padres. Almost.

Create your own infographics 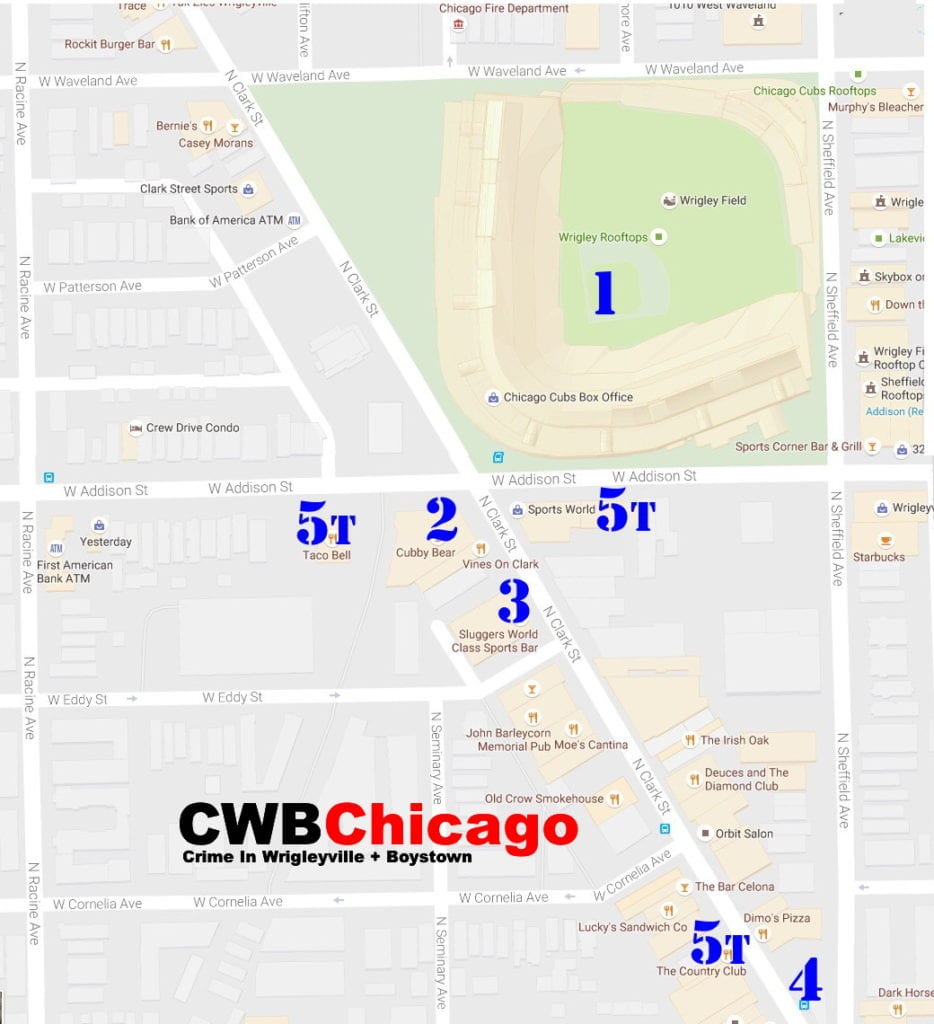 Wrigley Field is the most common arrest location, obvs.

But how did bro hotspots like John Barleycorn and Deuces and Diamond Club not make the top five?

Welp, that’s why God gave us the post-season, right boys?

That parking lot outside of the shuttered Einstein Bagels makes a surprise showing in the cleanup. spot

Who’s most likely to be arrested at a Cubs home game?  Young men, of course.
And a young man named “Samuel” or “Sammie” was most likely to be jailed followed by the odds-on favorite—”Justin.”
Men were arrested seven times more often than women this year.
The youngest arrest? 18. The oldest? 69. 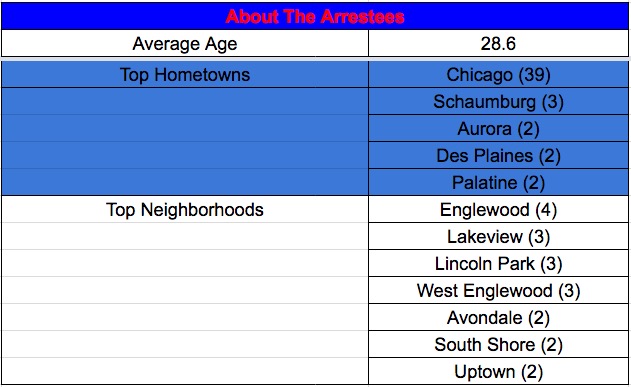 Now, pull up a chair and get ready for the real action. Cubs post-season play starts this Friday at 8:15 p.m….. At Wrigley Field.  We’ll be there.

Editors determined if an arrest was “Cubs related” by reviewing police reports for all arrests made within a quarter-mile of Wrigley Field and within 3 hours of any Cubs home game in 2016.

When individuals face multiple charges, we only include the first two counts on their arrest reports.