Bad news: Many more arrests would have been made, but police were unable to transport detainees from within the massive crowd.

This is insane. Fan climbs a traffic pole, crowd counts down, he jumps @chicagotribune pic.twitter.com/9Nr2SOvkhX

4:56PM — Arrest #1 of the night — man detained for selling fake tickets at Sheffield and Addison.

7:42PM — “Large, mortar-type fireworks” being set off a block east of the stadium.

9:09PM — Drone over left field. “Let’s identify the operator. Let’s get that drone down first, then take him into custody and take the drone with him.” Neither the drone nor the operator is arrested.

9:32PM — The 19th police district, which includes Wrigley Field, goes into “RAP” status. That means no officers are immediately available to handle incoming 911 calls. The district remains in RAP status at the time of this post.

10:00PM — They just broke the windows out of a squad car at Clark and Grace.

10:03PM — “I need every available officer and team to come up here. We need to gain control of Clark and Addison.”

10:07PM — It seems that the barricades have been compromised.

10:10PM — Dispatcher: “This says ‘climbing the light poles and breaking the newsstands.’ That’s all we got.”

10:11PM — “Is Waveland looking OK?”
“Waveland is not clear whatsoever. The crowd has not come out of the ball park. The streets are full and they just took down a stop sign, so no, it’s not.”

10:50PM — “The caller wants police to know he got punched in the nose by a man in a red Acura. He doesn’t want the police or EMS. He just wants you to know.”

11:14PM — Sportsworld is holding four shoplifting offenders. Unfortunately, the police cannot get to Sportsworld to transport the arrestees.

11:28PM — The four guys being detained at Sportsworld have become aggressive.

11:39PM — Ambulance is called for the man who was pistol-whipped in an alley on Addison. He “has a gash across his head” and appears to be a crime victim, not the owner of the gun.

11:33PM — Command post: “We have eyes on four Black Lives Matter people walking northbound on Clark and Addison.”
Deputy Chief: “Well, they’re allowed to. They’re gonna be moved like everybody else.”

11:39PM — Traffic aide reports a man being beaten up by several men at Clark and Grace.

11:55PM — People are stealing and causing disturbances inside the CVS Pharmacy. 3637 North Southport.

12:07AM — “Do you have a unit [available to help with an arrest] at Taco Bell?”
“We don’t have anybody available, but I know they can’t navigate the crowd. We got four being held at Sportsworld and people stealing from the CVS, so…”

12:10AM — Sportsworld says that Clark Street is clear, so maybe we can pick up their four shoplifting offenders now?

12:42AM — At 3500 North Sheffield, one guy’s playing the drums and four others are throwing beer cans and punches at people as they walk past.

12:43AM — George says the parking lot attendant gave his car keys to an unknown person and now George’s car is gone. Clark and Waveland.

1:30AM — “[Sigh]. This [drunk] woman probably needs a bus, but her friends are asking for an ambulance.”

3:35AM — “Take a ride with EMS…Caller says a male is face down in a puddle of water in the alley. The caller isn’t sure if he’s breathing or not, but will wait so the man does not get robbed.”

3:37AM — Taxi driver robbed in the 400 block of West Belmont. They punched him in the face and took his money and cell phone. White man with a 5’3”-tall Asian woman. Unit: “Any clothing description on the offenders?” Officer: “Cubs stuff.”

3:56AM — Shots fired behind Redmond’s Ale House, 3358 N. Sheffield. They saw a tall white male shooting from a Chevy Malibu. 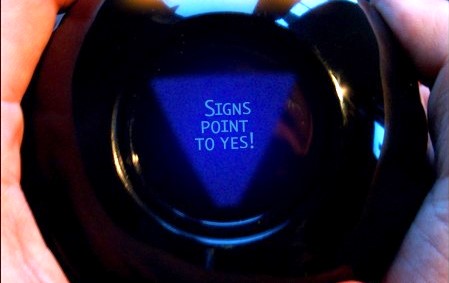 9:03AM — A guy who lives across the street from Redmond’s Ale House woke up and found a bullet lodged in his apartment wall.

11:35AM — Caller says they just found shell casings behind Redmond’s Ale House. “Oh. That’s probably the other part of the bullet I recovered earlier…”

And here are some other highlights from earlier post-season play:

11:25PM — “Drunk people have commandeered construction equipment and are operating in the rear.” Newport and Clark.

1:25AM — “Intoxicated male white, heavy-set, long brown hair. He cannot walk and his friends are dragging him down the street.

3:55PM — “There’s a plane hauling a Lumber Liquidators banner over Wrigley Field. We have a [temporary flight restriction and] that plane’s not approved. Call the FAA.”

4:44PM — The temporary flight restrictions are only in effect between 1 hour before and 1 hour after the game. Lumber Liquidators is all good.

8:36PM — Even more fake tickets sold. There’s a description this time; Black male, scruffy beard, 44 years old, 6-feet tall, 260 pounds, black hat, braided hair, and black jacket with gold lettering. And he’s probably laughing his ass off. (We made that last part up.) The victim is sent to the 19th district station to file a report.

9:54PM — Seven people are beating up the bouncer at L&L Tavern.

10:40PM — Man arrested for “waving a switchblade in the air with several hundred Cubs fans around…causing them to fear for their safety.” 3700 N. Sheffield

11:46PM — Traffic aide reports a man in his 20’s is taking off his clothes in the intersection of Clark and Sheffield.

3:25AM—Quite possibly the quickest police response ever caught on tape.

8:15PM — Daniel says a man just sold him fake Cubs tickets at Belmont and Clark. The man is wearing a brown coat. Daniel is wearing a blue Cubs shirt.

10:10PM — Inside the Friendly Confines: A 37-year-old suburban man is accused of intentionally knocking a 56-year-old man to the ground, causing one of the victim’s leg bones to pop out of his skin.

10:19PM — Two men arrested after threatening to come back and shoot up Beer on Clark because the bar won’t let ‘em drink on the public way.