Two men robbed a FedEx delivery driver as he worked a route near the DePaul University campus in Lincoln Park on Saturday afternoon. No one is in custody. 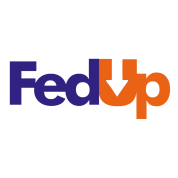 The driver told police that two men jumped him from behind and stuck something in his side as he entered his truck in the 900 block of West Montana around 12:15 p.m.

The robbers, described only as black males, knocked the driver down, went through his pockets, and took his wallet and phone.

Then, one of the offenders pinned the driver to his truck while the other tried to break into the vehicle’s secured package compartment, according to police. The attempt failed and the robbers fled in opposite directions, the driver said.

Yesterday’s incident is the 22nd robbery this year for police beat #1932. The beat had recorded only ten muggings at the same time last year.