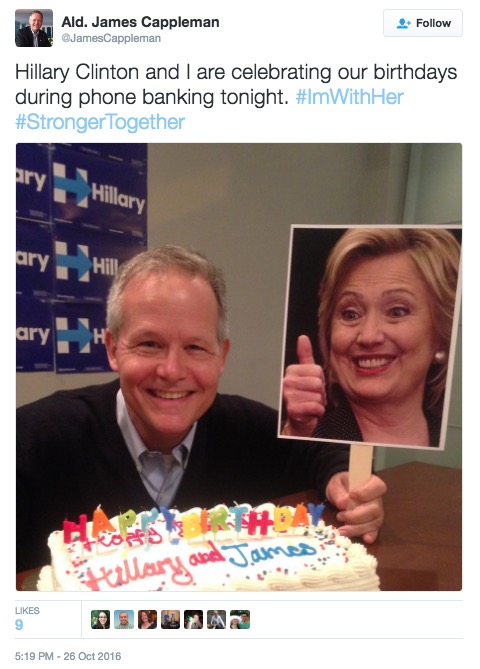 A troubling pattern emerged yesterday as Uptown recorded its eighth homicide of the year: Every time the neighborhood’s Nero-esque alderman posts a picture of baked goods to social media, someone gets shot nearby.

Yesterday’s victim was shot four times in the chest at 3:45 p.m. in the 4400 block of North Racine, a few doors south of his home.

A law enforcement source identified the victim as Tramell Williams, a leader of the local Black P Stone gang faction.

The cake, we hear, was chocolate. (You devil, James!) 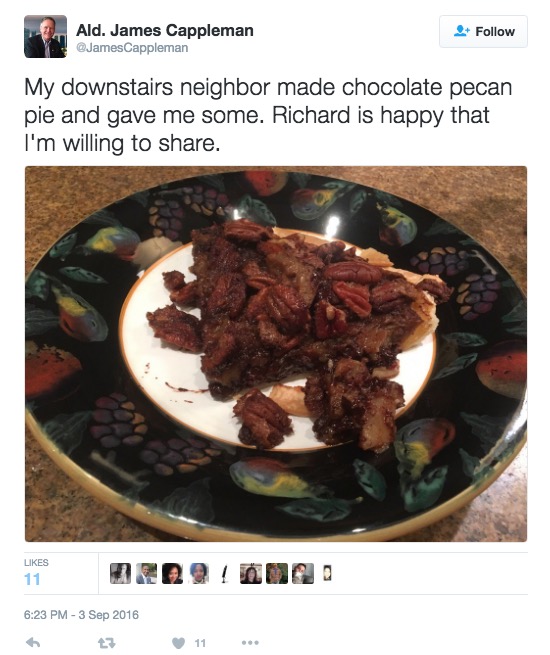 Cappleman has all but ignored the blood pouring into his ward’s streets lately.

Eight people have been shot in Uptown since September 1, three of them fatally.

Since September 1, Cappleman has posted three photos of belt-busting baked goods to his Twitter account. And every time Cappleman posts cake or pie, someone in Uptown gets shot.

It all started on September 3 when James shared a pic of some tummy-tempting chocolate pecan pie! Good gracious! I’m gonna have to spend an hour at the gym from just looking at that! Shame on you, James!! 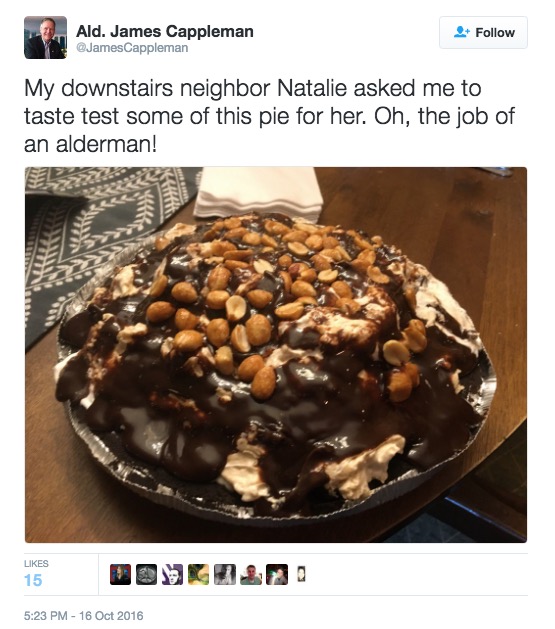 Now, can we talk about October 16? Oh. My. Gosh. Just look at that chocolaty-nutty-creamy platter of sin that James’ neighbor baked that evening!

Sadly, three hours after he posted this photo, local basketball hero Gregory Tucker was shot to death nearby.

Of course, we’d never tell anyone how to do “the job of an alderman,” but maybe one of ‘em oughta lay off the baked goods and focus on…you know…a certain problem.