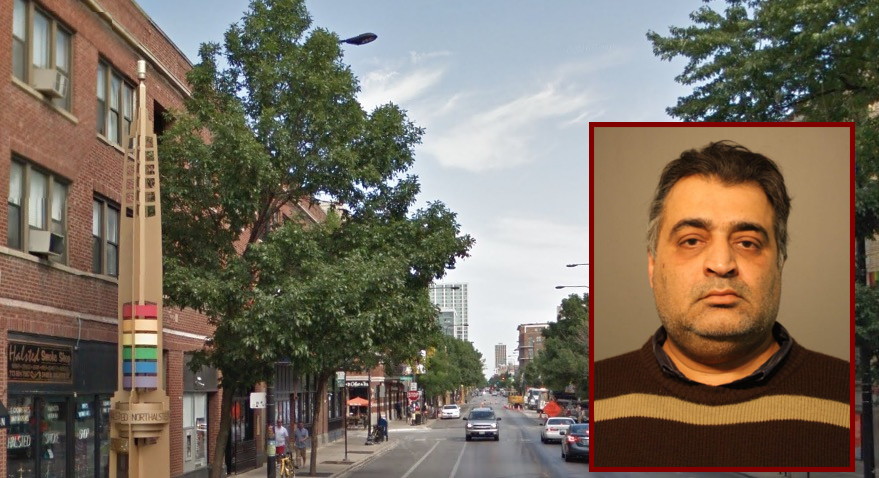 Early one morning in July 2014, a 21-year-old South Loop man hailed an Uber to take him home from Boystown.

Minutes later, the Uber driver who took the ride request, Adnan Nafasat, would choke, grope, and try to sexually assault the young man on Roosevelt Road, according to prosecutors.

CWB Chicago has learned that at least two separate customers complained to Uber about Nafasat’s sexually overt behavior on the job in the weeks before the alleged sexual assault.

Despite those complaints, Nafasat was allowed to continue to drive for the company.

Nafasat’s reported behavior before the alleged sexual assault was not illegal, but “show[s] his intent and state of mind toward young male passengers…and [shows his] propensity to be sexually inappropriate and opportunistic with young male passengers,” prosecutors said in a recent court filing.

In February 2014, about 5 months before the alleged attack, Nafasat picked up a young male Uber customer in Boystown, just one block from where he would later pick up the sexual assault victim, prosecutors said.

Nafasat “inappropriately inquired…about sexual positions” in a way that prompted the passenger to ask Nafasat to let him out of the car before they reached their destination.

The passenger filed a complaint about Nafasat’s behavior with Uber via client feedback, prosecutors said.

Then, about three weeks before he would allegedly assault the 21-year-old, Nafasat picked up another young male Uber customer in Logan Square.

During the ride to Lincoln Park, Nafasat “inappropriately inquired…as to what [the customer] liked sexually and what his sexual preference was,” prosecutors say.

Once again, the passenger filed a complaint through Uber’s client feedback, the state said, but Nafasat continued to drive for the company.

Finally, around 1 a.m. on July 31, 2014, Nafasat picked up his alleged assault victim near Halsted and Cornelia in Boystown.

He convinced the young man to sit in his minivan’s front passenger seat, claiming that the back seats were dirty and broken, prosecutors say.

After turning off the Uber tracking app, Nafasat allegedly told the victim, “No one knows where you are” and then began assaulting the man as he drove on Roosevelt Road, according to the allegations.

“At times, when [Nafasat] had to stop his vehicle, he would grab the victim by the face and throat to prevent him from exiting…The offender also pulled down his own pants” and attempted to force the victim to perform a sex act, prosecutors said.

The victim was also choked and had Nafasat’s tongue and fingers forcibly shoved down his throat during the ride, according to the filing.

We asked Uber to comment on their complaint handling procedures and other aspects of this story. The company, citing a policy of not commenting on “pending litigation,” referred us to an Uber blog post about customer safety.

No Pakistan For You

Two months ago, Nafasat’s attorneys asked the court to return his passport “in a limited capacity” so he could travel to Canada and Pakistan on business for a new employer.

The judge denied his request.