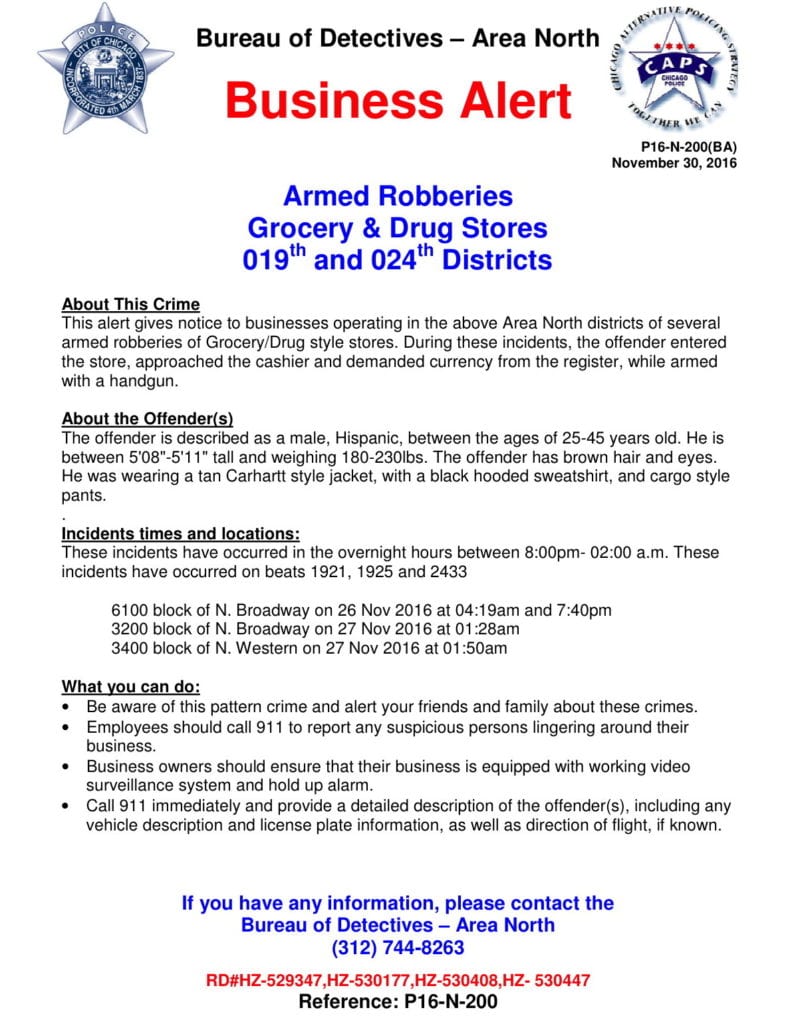 The gunman who robbed a Boystown Walgreens and a North Center Jewel-Osco within 20 minutes early Sunday is also responsible for robbing two drugs stores in Edgewater the day before, according to an alert issued today by Area North detectives.

Without naming specific businesses, the alert warns of a Hispanic male gunman between 25- and 45-years-old, and weighing 180- to 230 pounds who robbed two stores in the 6100 block of North Broadway on Saturday in addition to the Walgreens and Jewel in our area.

A law enforcement source identified the targeted Edgewater businesses as the CVS Pharmacy at 6150 North Broadway and the Walgreens at 6121 North Broadway. The hold-ups occurred at 4:19 a.m. and 7:40 p.m. respectively.

While the alert says the man wore a tan Carhartt-style jacket during the hold-ups, CWB Chicago learned independently that three of the four victims said he was wearing a blue and black jacket.

At least two victims said the man has a mustache.

During the hold-ups in our area, witnesses said the gunman fled in a white four-door vehicle, possibly a Maxima or Altima, that was driven by another person.

Anyone with information about the offender is asked to call Area North investigators at 312-744-8263.