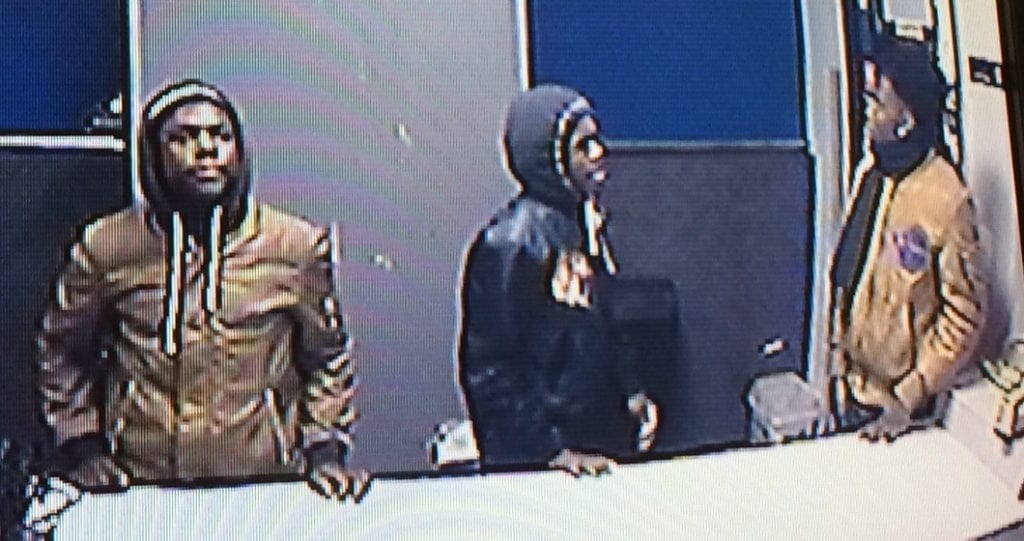 Yesterday, we told you about a teen theft crew that has been distracting Lakeview retailers while other team members steal unattended cell phones and car keys. Police say at least nine shops were targeted on Saturday, Tuesday, and Wednesday.

Welp, today we woke up to find a friendly email from the good folks at Deltronics Pro Audio Repair, 2911 North Halsted.

“I’ve attached a photo that we were able to capture of the teens that you mentioned in your recent article. They stopped at our establishment on Tuesday night and tried every which way to distract us and get inside the shop. It was very uncomfortable, but fortunately, they left. I hope this helps.”

Victims and witnesses of the crew have described them as three to four black males between 15- and 20-years-old; 5’9” to 6-feet tall; 150- to 160 pounds. One wears tan boots. Another has a jean jacket with a tiger or similar emblem on the front. Most are said to be wearing acid wash or ripped jeans.

Many thanks to our good neighbors at Deltronics.
———-
Email us. Facebook us. Twitter us.
About CWBChicago 4363 Articles
CWBChicago was created in 2013 by five residents of Wrigleyville and Boystown who had grown disheartened with inaccurate information that was being provided at local Community Policing (CAPS) meetings. Our coverage area has expanded since then to cover Lincoln Park, River North, The Loop, Uptown, and other North Side Areas. But our mission remains unchanged: To provide original public safety reporting with better context and greater detail than mainstream media outlets.
Website Facebook Twitter YouTube