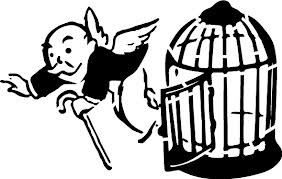 You may recall reading about Michael Curry, who was charged with repeatedly stabbing a Lincoln Park beach volleyball player this summer less than a month after Luckman found “no probable cause” to continue trying Curry for allegedly slashing, pepper spraying, and robbing two men in River North.

Guess who got arrested last week for wildly swinging a large kitchen knife in the middle of Clark Street after an altercation with another man?

Arriving officers found Jackson “waving a large kitchen knife back and forth and walking in between both lanes of traffic.” He dropped the knife when ordered and he was arrested after a brief foot chase, cops said.

A witness said he saw Jackson pull the knife out of his jacket during an altercation with another man who fled the scene, police said.

Jackson, who lists a West Side address, is now charged with carrying-possessing an unlawful weapon with intent to use and reckless conduct. Bail is set at $10,000.