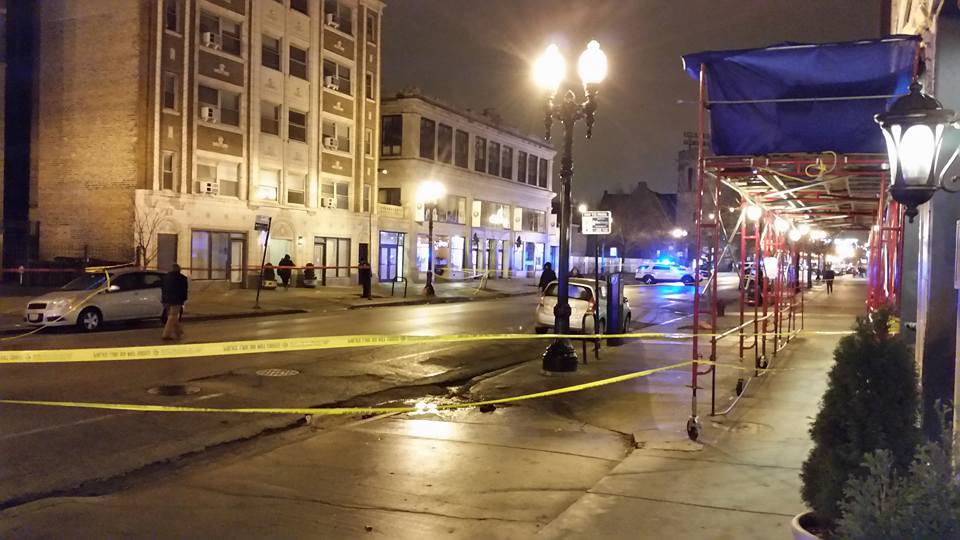 Every neighborhood across the city’s North Side lakefront saw double-digit increases in violent crime last year, according to an analysis of official City data by CWB Chicago editors. 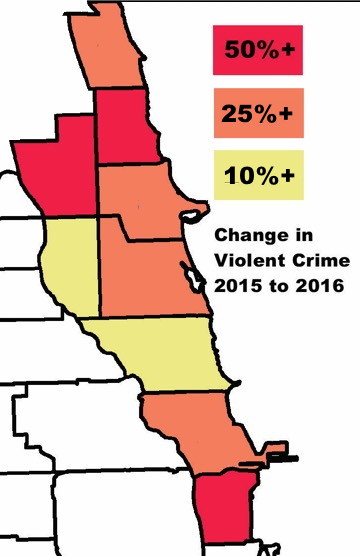 And the Wrigleyville and Boystown neighborhoods saw some of the greatest increases with violent crime up 41% here.

We saw eight shooting incidents with ten victims last year, up from just one shooting and one victim in 2015.

But, like the rest of the city, narcotics arrests in Wrigleyville and Boystown plummeted—down 50% last year as Chicago police officers reigned in proactive policing measures to avoid the hassles and scrutiny that come with conducting once-ordinary street stops.

Violent crime also jumped 27% for the entirety of Lakeview last year, with shooting cases rising to nine from three in 2015.

But, again, narcotics cases dropped sharply—off 46% compared to the year before.

A breakdown of 2016 crime reports by area is at the end of this story.

Cheerleaders for the Uptown neighborhood will surely point to last year’s drop in homicides as good news. “Only” eight people were killed there last year, compared to twelve in 2015.

But, remarkably, Uptown had eleven more people shot in last year than in 2015. Forty-five.

Perhaps the cheerleaders should be thanking poor marksmanship and exceptional medical care for the “good” news.

But, in fairness, Uptown saw the greatest decrease in crime of any neighborhood that we looked at. Reported crime was down by 128 incidents or 4%.

The Loop neighborhood, home of Chicago’s business district and Millennium Park, saw a whopping 52% jump in violent crime last year. Only Edgewater, with a 55% increase, saw a bigger jump in violence.

The Loop’s embarrassing performance was driven by a 60% increase in robbery cases and a 171% increase in criminal sexual assault reports. The neighborhood, which had no shootings in 2015, racked up five incidents last year.

Overall, crime jumped 18% in the Loop last year. That’s the worst performance of any community area in our study. Only narcotics reports saw a decline downtown, off 30% compared to 2015.

Other troubled areas include the Near North Side, which includes the Magnificent Mile and Gold Coast, where homicides quintupled, robberies soared 44%, and reports of motor vehicle theft nearly doubled.

A Promise Too Late

After allowing Chicago’s police force to shrink by not replacing retiring cops, Mayor Rahm Emanuel is now promising to hire “1,000 new cops” over the next two years.

But just because a “new cop” hits the street, it doesn’t mean they’ll be performing well.

A recent federal report found that some of Chicago’s police cadets were sleeping in class and the curriculum calls for trainees to learn from a dangerously outdated 35-year-old training video.

And all freshly-minted cops, no matter where they serve, have to learn much of the job while working the streets. So, it may be a long time before the city has a 1,000 new cops who are actually ready for what the city has in store for them.

“Three, maybe five years [after the academy], they’ll be ready,” a veteran South Side tactical officer said. “It’s all learned out here.”

This graph shows the year-over-year changes in selected crimes for North Side neighborhoods. “Wrigleyville + Boystown” is defined as Chicago Police Department beats 1923, 1924, and 1925.