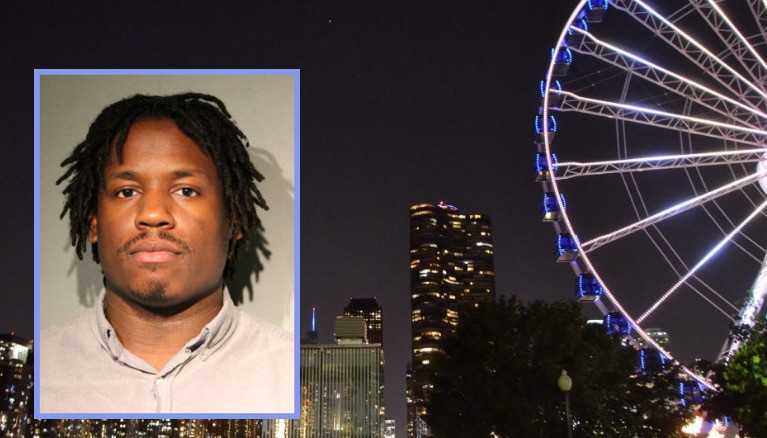 A romantic ride on a Chicago landmark seemed like a grand way to spend Valentine’s evening in our beautiful city.

Police went to the pier around 7 p.m. on February 14 after security reported that someone was smoking pot on the 196-foot-tall ride.

Security directed arriving officers to the car that Xavier Crump was riding in, according to police records.

Cops said they found 3 grams of pot and a glass pipe in Crump’s possession before he volunteered that he also had a gun in his front left pocket.

Crump, of downstate Morris, is charged with aggravated unlawful use of a weapon without a concealed carry license. He has no previous criminal record in Cook County, police said.