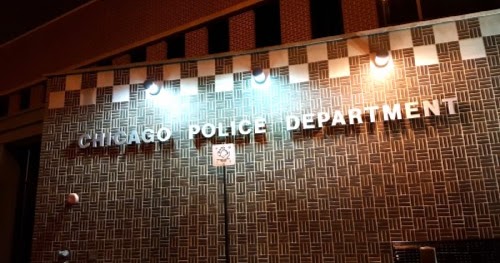 Our 19th District police are piloting a program that could give residents a safe place to conduct potentially risky online transactions such as Craigslist purchases.

Several times a year, police are called to assist people who’ve been robbed during online meet-ups:

– A woman was robbed when she met with someone who was supposed to sell her a PlayStation 3 in Uptown on Sunday.

– The department issued a community alert about Craigslist being used to lure cash-heavy victims last summer.

Now, wise Craigslist shoppers may consider using the lobby of the 19th District station at 850 West Addison for their retail rendezvous.
In an announcement this week, the 19th District CAPS office said that residents may use the Addison station lobby to conduct reasonable online transactions between 9 a.m. and 7 p.m. on most days.
Anyone who takes the department up on their offer should check in with desk personnel upon arrival. Common sense prevails. No “firearms, illegal or unwieldy items” such as “sofas and pianos” will be allowed in the station, the announcement said.
The Area North Headquarters at Belmont and Western is not participating in the program, police said. Transactions may not be permitted when deemed inappropriate due to police operations such as Cubs games and the Pride Parade, the CAPS office said.
———-
Email us. Facebook us. Twitter us.
About CWBChicago 4360 Articles
CWBChicago was created in 2013 by five residents of Wrigleyville and Boystown who had grown disheartened with inaccurate information that was being provided at local Community Policing (CAPS) meetings. Our coverage area has expanded since then to cover Lincoln Park, River North, The Loop, Uptown, and other North Side Areas. But our mission remains unchanged: To provide original public safety reporting with better context and greater detail than mainstream media outlets.
Website Facebook Twitter YouTube