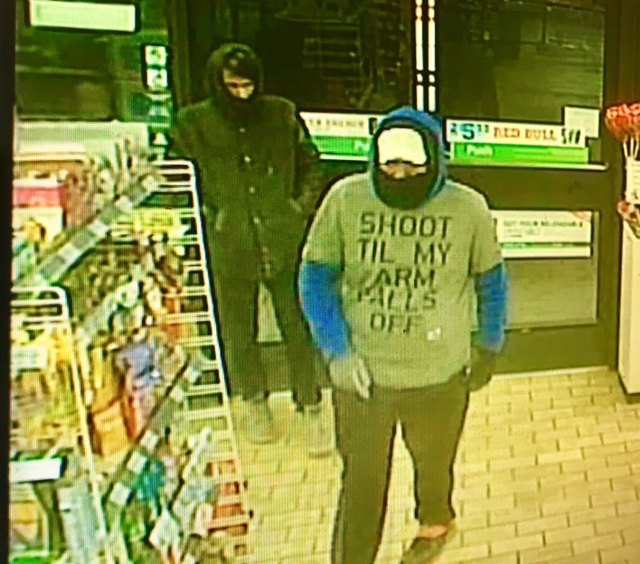 Two men, including one who sported a sweatshirt emblazoned with the words “SHOOT TIL MY ARM FALLS OFF” robbed four convenience stores and restaurants at gunpoint early Saturday, police said.

The hold-ups were reported in areas west of our immediate neighborhood: Belmont Cragin; Logan square; Irving Park; and Avondale.

Both men entered the businesses, displayed a handgun, and took cash before fleeing in a dark-colored SUV, investigators said. 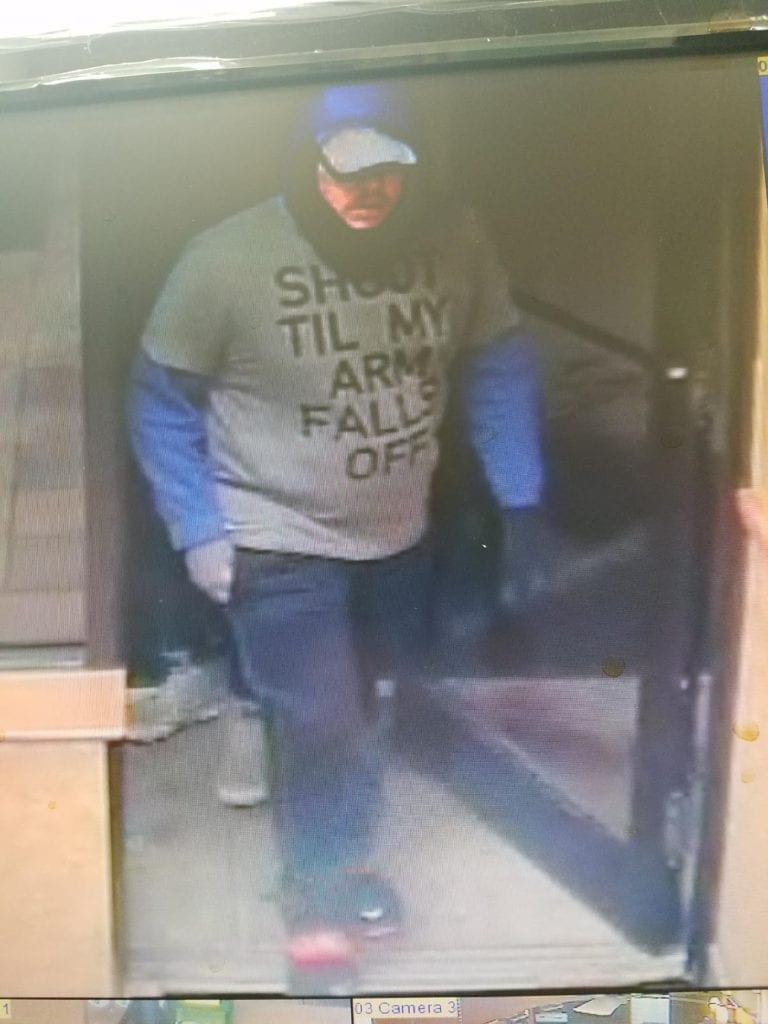 The suspects are described as Hispanic men between 18- and 40-years old who stand between 5’3″ and 5’8″ tall. One was heavier than the other.

Anyone with information about these men is asked to call Area North detectives at 312.744.8263.