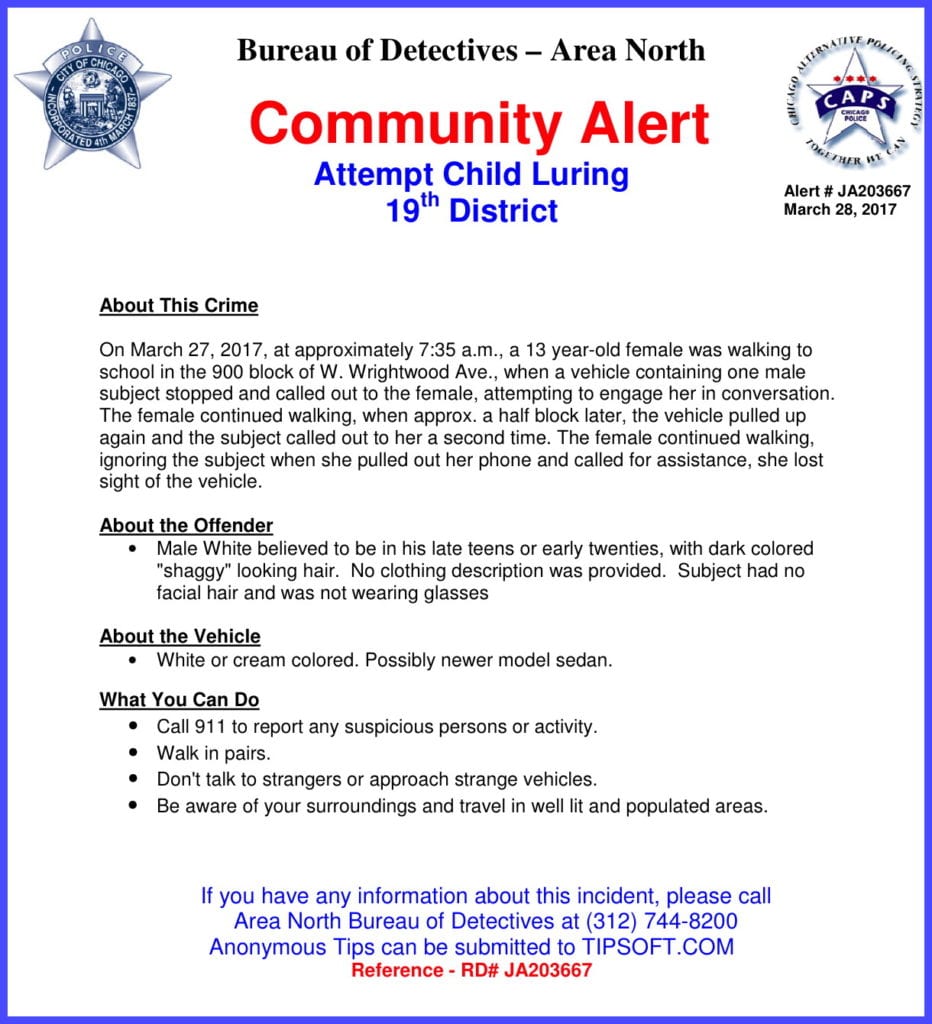 An unknown man tried to lure a 13-year-old girl into his car Monday morning in the 900 block of West Wrightwood, according to a community alert issued by Chicago police tonight.

The girl was walking to school in the Lincoln Park neighborhood around 7:35 a.m. when the man drove up and called out to her in an attempt to start a conversation.

About a half-block later, the man again pulled up to the girl and yelled out to her.

She lost track of the man after she pulled out her phone to call for help.

Police say the man is white and in his late teens or early 20’s with dark shaggy hair. His car is a white or cream-colored and may be a newer model sedan, according to the alert.