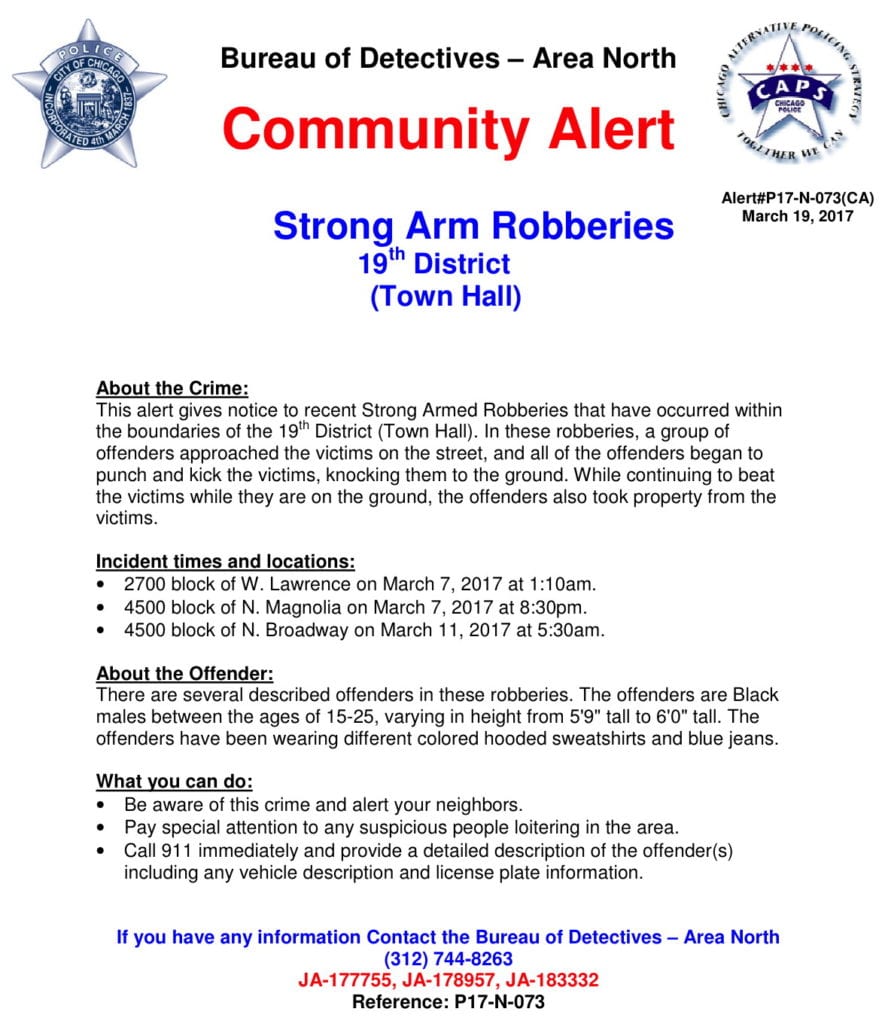 A string of violent robberies involving groups of attackers in Uptown and Lincoln Square is the topic of Area North detectives’ latest community alert.

According to investigators, several offenders are beating people to the ground with kicks and punches.

Some of the robbers take the victims’ valuables while others continue beating the victims while they are down, the alert said.

Police said the offenders are black males between 15- and 25-years-old. They range from 5’9” to 6-feet in height, and all have been wearing different colored hooded sweatshirts and blue jeans.

Anyone with information about the attacks is asked to call Area North detectives at 312.744.8263