Among the many valid reasons to not get tattoos etched into your face is this: Facial tats make you easy to recognize if you ever rob someone. 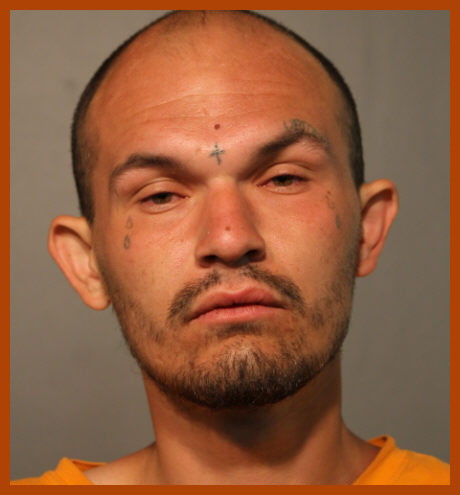 Just ask Christopher Lee…after he gets out of prison.

A judge just handed down a 15-year sentence to Lee who pleaded guilty to robbing a Chicago meteorologist of a cell phone in Uptown last summer.

Around 9:30 p.m. on June 9, the victim told police that two men approached him in the 4500 block of North Sheridan Road and demanded his valuables while they claimed to be armed with a gun and a knife.

The victim remembered one of the robbers was a short, balding, Hispanic man with lots of tattoos, including a cross between his eyes.

Other officers immediately knew who that man might be.

“That sounds like Christopher Lee,” one said on the radio.

Cops raced to Lee’s home where they saw him running up the street with another man, prosecutors said.

Lee was caught. The other man fled eastbound and was never located.

This is the third time that Lee has been sentenced to prison for robbery since 2007.