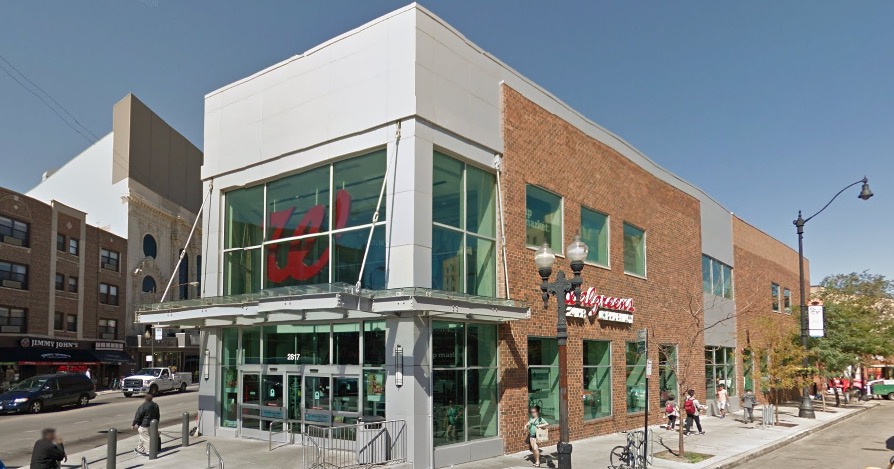 A visitor from Kentucky was robbed by two men as he withdrew money from an ATM inside a 24-hour Walgreens at 2817 N. Clark on Saturday.

The victim told police that the two men took his phone, wallet, and other items as he stood at the cash machine around 1:30 a.m.

The ATM is located inside the store, and Walgreens surveillance cameras captured the entire incident, according to a source.

The offenders are described as two black men in their 20’s. One is 6-feet tall, and he wore a red Lacrosse hat and a tan jacket with wings on the back. The other stands about 5’8” tall, and he wore a gray knit hat, a black hoodie, light-colored jeans with a rip on the front, and Nike boots.

• An Uber driver was robbed at gunpoint near Sheffield and Fletcher at 6:15 a.m. on Wednesday, March 1.

The victim told police that the gunman took his money and then fled eastbound on Fletcher toward Clark Street. Construction workers reported seeing the robber loitering in the area before the robbery, but they did not realize what he was up to.

They describe the offender as a 5’8”-tall black man with dreadlocks who wore a dark sweater and gray jogging pants.

• A few days later, another man was also robbed in the same general area as the Uber driver.

That victim reported that man in a ski mask tried to rob him near the Chase Bank at Clark and Barry round 12:30 a.m. on Sunday, March 5. The robbery failed, and the offender ran southbound on Clark Street.

He is described as a heavyset 5’9”-tall black man who wore a black jacket and jeans.