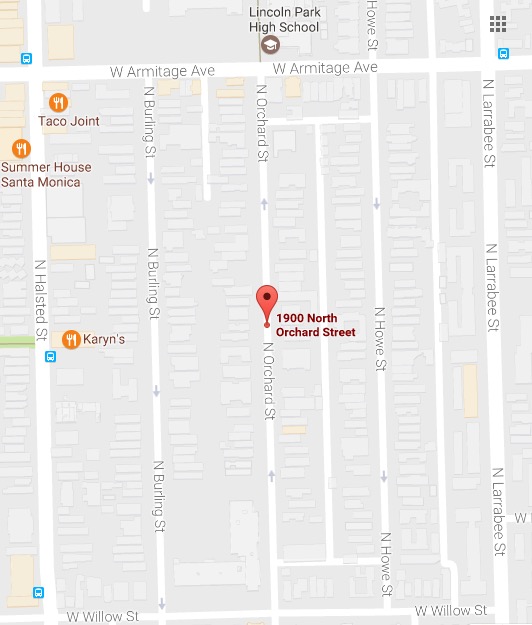 Chicago police have issued yet another community alert after a Lincoln Park woman was sexually assaulted and robbed at her home early Sunday. It’s the third community alert about armed sexual assaults on the North Side since February 28.

Around midnight today, an attacker approached a woman as she tried to open the door to her apartment in the 1900 block of North Orchard Street, police said.

The offender, who was armed with a knife, sexually assaulted and robbed the woman before fleeing the scene.

Police had few details about the attacker other than he may have been Hispanic.

The woman was treated at Presence St. Mary’s Hospital in West Town.

The latest case does not appear to be related to two recent rapes of women in Lakeview, according to a source. 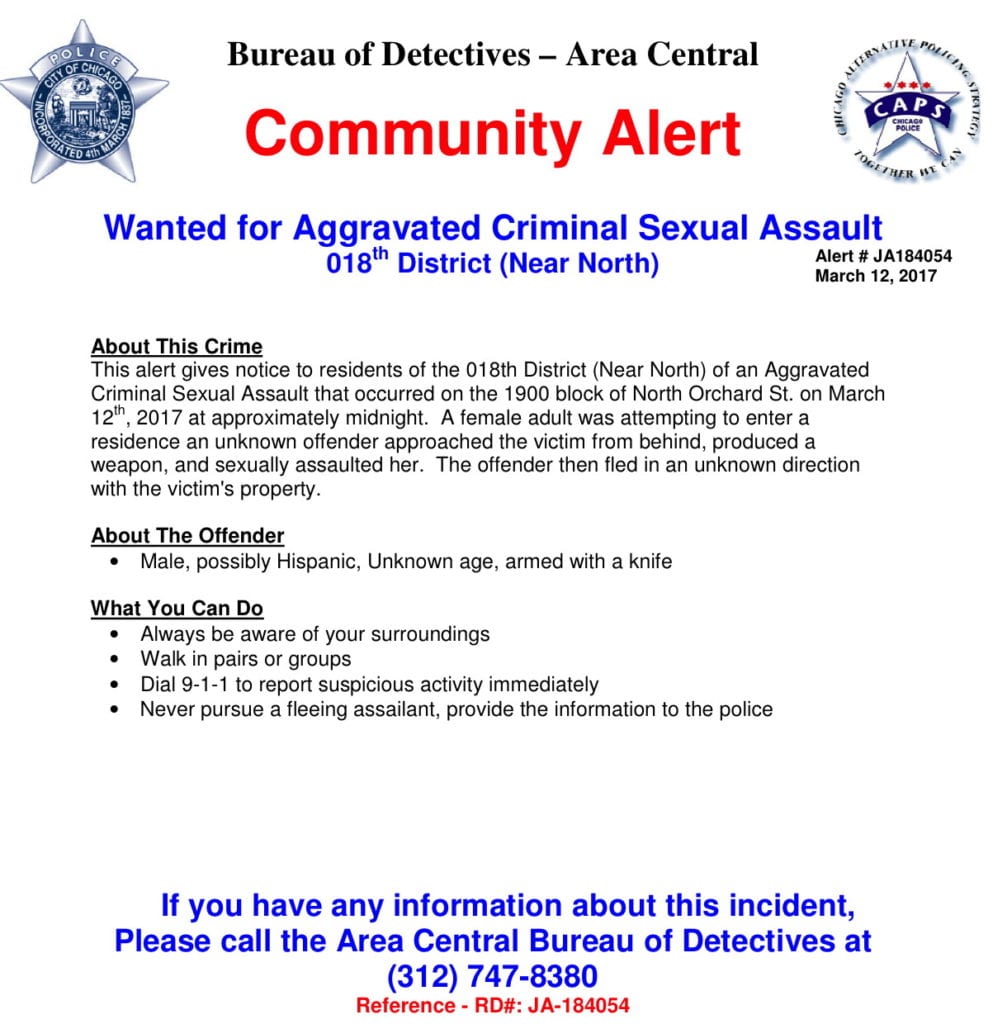 Thursday evening, a Lakeview woman was forced into the trunk of her car at gunpoint by a man who raped her and then drove to the Far South Side with the victim locked in the trunk, police said. That happened in the 3700 block of North Fremont Street.

And on February 28, another woman sexually assaulted at gunpoint after a man forced her into her car at gunpoint in the 1200 block of West Barry.

Police have said that the two Lakeview cases may be related.

Thursday’s gunman is described as a black man between 25- and 35-years-old, 5’10” tall, who weighs 160 to 200 pounds. He has short black hair, a medium complexion, and a scruffy goatee with a thin mustache. The man was wearing a red colored zip-up style jacket with brown khaki pants, police said.

The February 28th attacker is described as a black man between 25- and 30-years-old, 5’9” tall, about 160 pounds, with short black hair, and a medium complexion. He had a short beard or scruff on his chin and a mole on his face. He was wearing a brown or green colored vest, a black button-downed shirt with white markings on the bottom and dark colored pants.