Detectives are asking for the public’s help in identifying a man who has committed at least three robberies across Lakeview and Uptown this month.

Here is what  cops are saying as well as some additional information that we have learned:

Most recently, the man entered the 7-Eleven store at 2821 North Ashland with a knife, dragged the sales clerk behind the counter, and took liquor and cigarettes before fleeing. 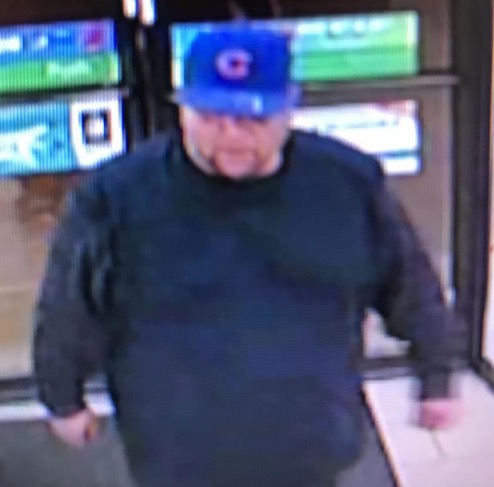 The man is also responsible for robbing a Subway restaurant near the Sheridan Red Line station on May 13, police said.

As we reported then, a man entered the store at 3952 North Sheridan around 2:45 a.m.,  took the store’s cash, and then demanded the female clerk’s iPhone, too.

A third incident is listed on the police alert as having taken place in the 4000 block of North Kenmore around 2 a.m. on May 11. We have learned that the robbery actually took place on May 7.

The offender is a heavyset white or Hispanic man, 30-40 years old, and 5’5” to 5’11” tall. He wore a black baseball cap with a red bill and a large #23 in two of the robberies. On Tuesday, he wore a blue Cubs hat. Two photographs of the man were also released.

One witness on Tuesday believed that the man used an SUV similar to a Lincoln Navigator.

Anyone with information about the suspect is asked to call Area North detectives at 312.744.8263.