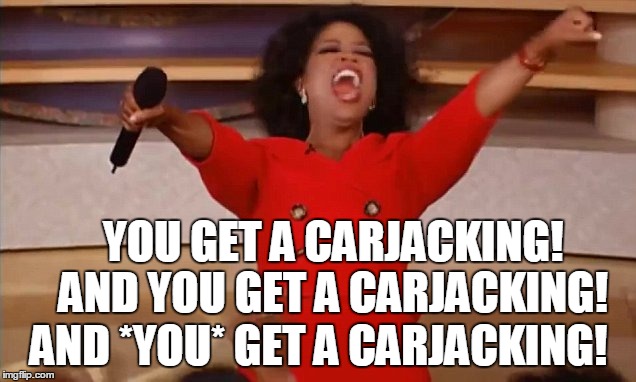 UPDATE MAY 7: The North Center victim was actually carjacked near Paulina and Augusta in West Town, according to police. The car is a gray 2011 Accura TSX.

Our original report follows.
———–
At least two more armed carjackings are under investigation by Chicago police–one in our neighborhood and another in nearby North Center–as a spree of similar crimes seems to be continuing on the North Side.

On Saturday morning, a masked man with a gun carjacked a motorist in the lakefront parking lot at 3600 North Recreation Drive in Lakeview.

The lot, which is on Park District property, is frequently used by nearby residents and their visitors.

No description of the gunman is available other than a masked black male.

Meanwhile, a North Center man was pulled out of his car by two carjackers in broad daylight Friday afternoon.

A series of carjackings and auto thefts has been reported across the North Side over the past ten days.