Chicago cops are warning residents about a series of six armed robberies that took place in nearby Lincoln Park on Monday and Tuesday. Three of the hold-ups happened during the 10 p.m. hour on Tuesday. 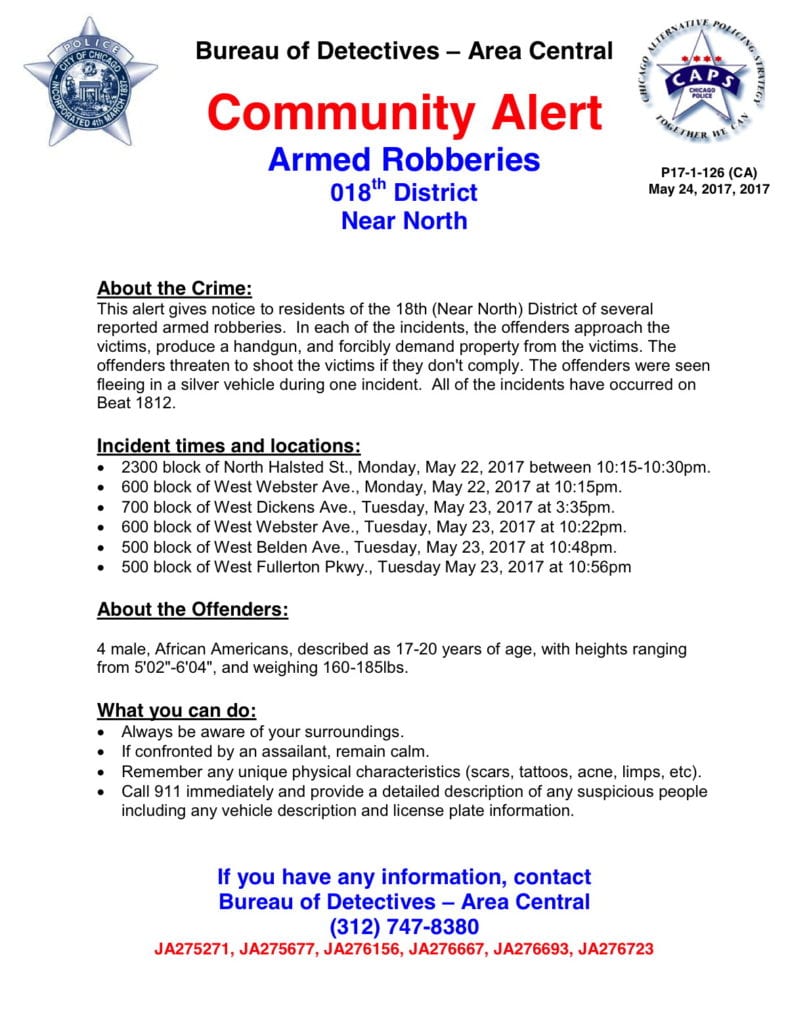 In each case, a group of offenders approached victims on the street and demanded valuables at gunpoint. The men threatened to shoot their victims if their demands were not met, police said.

Locations and times of the hold-ups:

CWBChicago independently learned that two reportedly wore red hoodies, one wore a black and gray shirt, one had a gray vest with a hoodie underneath, and one was wearing a hoodie of unknown color, police said.

As CWBChicago reported this afternoon, the offenders ditched their carjacked vehicle behind Lincoln Hall at 2424 North Lincoln before fleeing on foot around 11 p.m. last night.

Anyone with information about the crimes is asked to call Area North detectives at 312-747-8380.