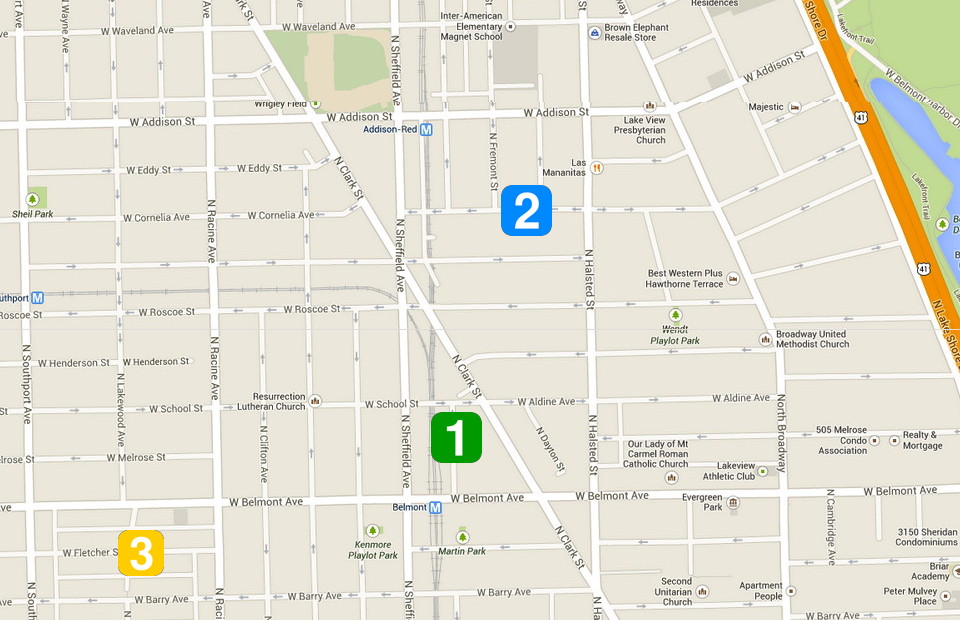 Police are investigating three robberies reported in our area since Thursday morning:

• A man was robbed of his wallet and $125 cash in the 3200 block of North Wilton near School Street around 1 o’clock Thursday morning. The offender implied that he had a gun as he took the man’s wallet and then fled westbound on Belmont toward Sheffield.

The victim said the robber was a black man who was wearing a white hat with black writing; a black hoodie; and dark pants.

• A 25-year-old Boystown woman was punched in the face by a group of robbers who took her purse in the 800 block of West Cornelia around 9:30 p.m. on Thursday.

Three men approached the victim near her home, assaulted her, and ripped away a gold chain and her purse, the victim said. All three offenders—described only as men who were wearing hoodies and jeans—fled toward the Addison Red Line station.

• A Lakeview man was robbed at gunpoint early Friday as he walked near his home at Fletcher and Lakewood. The victim was walking from a friend’s house around 2:45 a.m. when three offenders jumped out of a silver or gray SUV and one of them produced a handgun. The robbers took his wallet, returned to the car, and sped westbound on Fletcher.

He described the offenders as three or four young black men in dark clothing.