Cops have issued yet another warning about bump ’n’ run auto thefts. While 2017’s  hottest crime sensation has been reported across the North Side, the latest alert focuses on incidents reported in the Lincoln Park area. 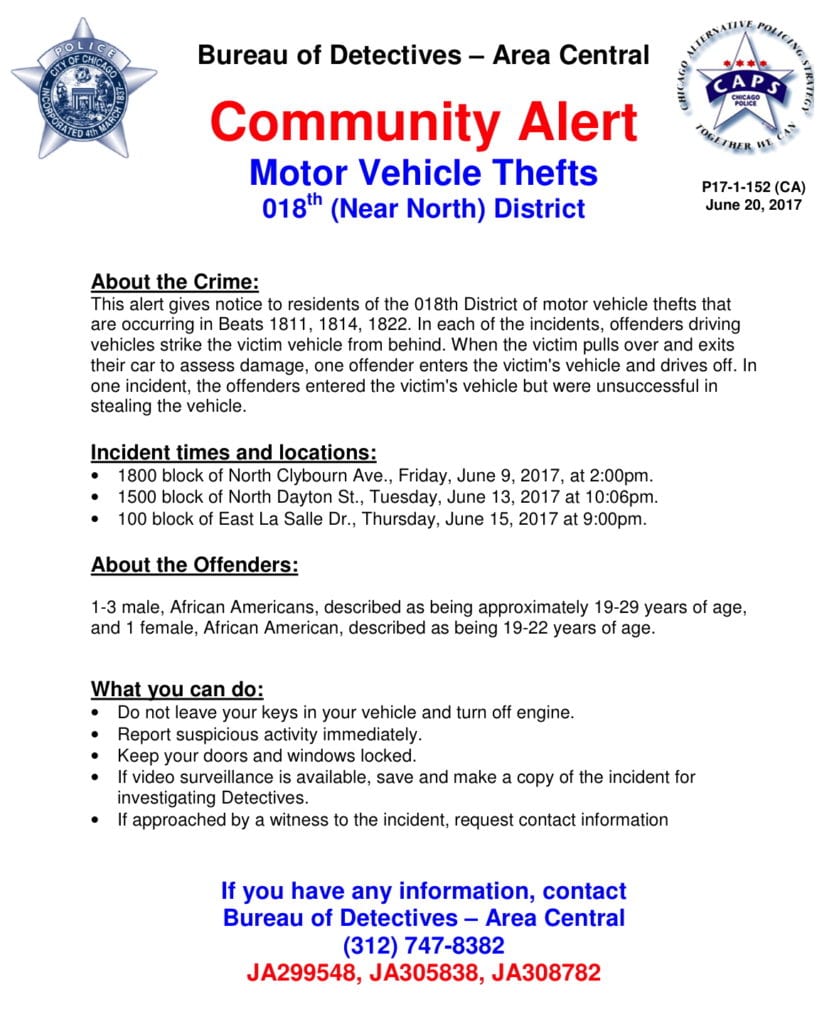 A typical bump ’n’ run theft plays out like this: The thieves pull their car behind an expensive or desirable car in traffic. Then—usually at a red light—they lightly tap the back end of the targeted car.

When the car’s owner gets out to inspect the damage, one of the thieves jumps behind the wheel and speeds away. The tail car zooms off right behind ‘em.

Three cases are mentioned in the most recent community alert:

Up to three male thieves are involved in each incident, police said. The suspects are black and  19-29 years of age. A black female was involved in one incident. She is believed to be 19- to 22-years-old.

Police suggest that drivers remove keys from their cars and turn off their engines before stepping out of their vehicles to inspect collision damage.

Just because you have your car’s keyless ignition fob in your pocket does not mean the car will stop running when the car thief drives away.

And if you leave your car’s keyless ignition fob in your cup holder…well….yeah. That’s not good at all.