Robbery victims are being targeted in Near North and Lincoln Park entertainment districts by robbers who sometimes pose as ride-hailing service drivers, police said in a community alert today. 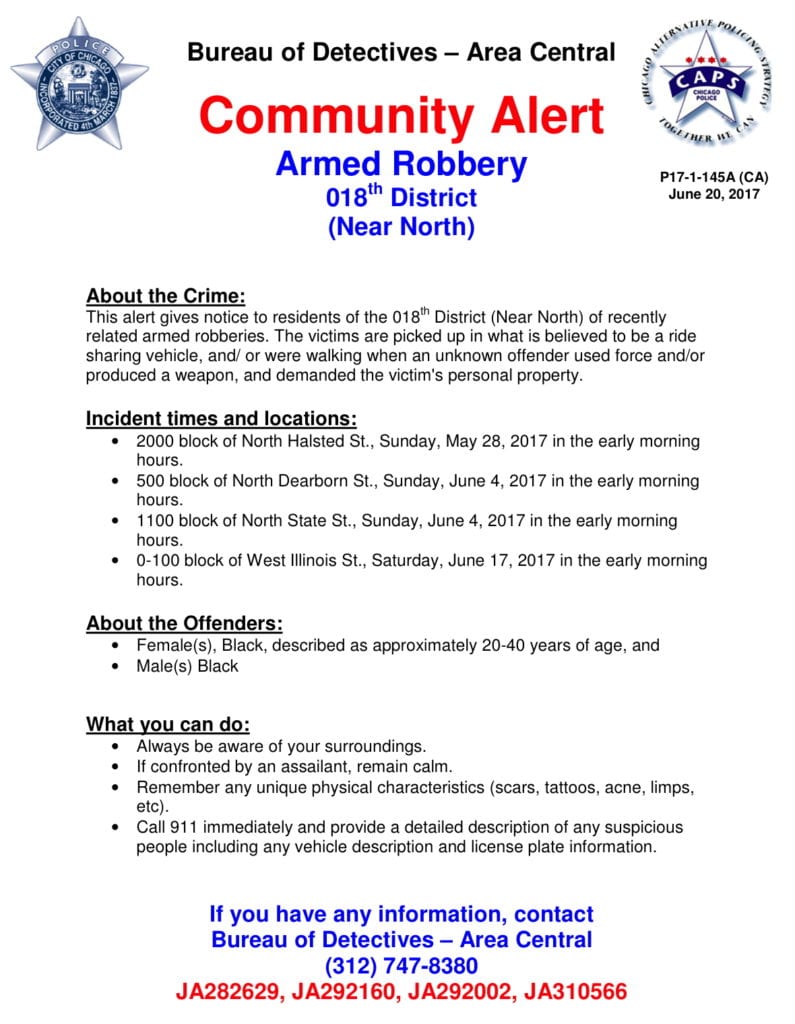 Since May 28, four people have been robbed after either being approached on the street or getting into what the victim thought was their Uber or Lyft ride, police said.

In most cases, the offenders threatened the victim with a weapon and took the victim’s property.

The alert offered only a vague description of the offenders: a black female between 20-40 years of age and several black males.

Four robberies are tied to the latest pattern:

All of the hold-ups took place during the early morning hours, police said.