More than three years after he followed a woman from a Boystown gas station and raped her in the back of a Halsted Street construction site, 23-year-old Marcus Lynch has met justice.

Lynch was handed a 17-year sentence on Tuesday after he pleaded guilty to aggravated criminal sexual assault in connection with the attack on April 14, 2014.

Around 4:30 that afternoon Lynch trailed a then-22-year-old Boystown woman as she walked to buy cigarettes at the Circle K gas station, 801 West Addison. He watched her in the store and then followed her as she left and turned down a nearby alley to return to her apartment, prosecutors said. 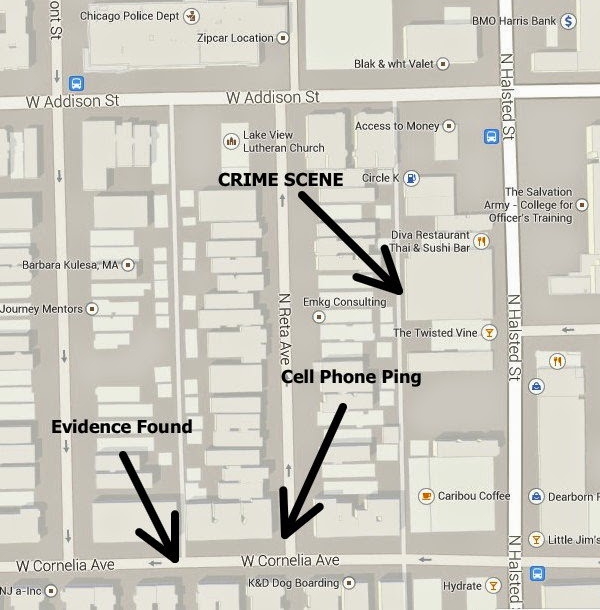 About a half-block into the alley, Lynch ran up to the woman from behind, put a double-edged knife to her throat, and shoved her into the back of a construction site at 3532 North Halsted, prosecutors said. Construction crews were still working during the attack to convert a dilapidated auto garage into a day care center.

Aided by surveillance video, cell phone pings, and fingerprints that Lynch left on a construction worker’s truck, cops made an arrest within days.

Prosecutors admitted that Lynch had been accused of sexually assaulting another woman five months before the Boystown attack, but prosecutors did not file charges.

[Marcus Lynch] was arrested on 13 December 2013 on another [case] where he detained and raped a female at knifepoint, forced the victim to give him her phone number, called the victim while she was being interviewed by the police for another “date” and was apprehended where he told her to meet him.

Slam-dunk Criminal Sexual Assault, right? Not according to the State’s Attorney who refused to approve felony charges that probably would have kept this animal behind bars and prevented the most recent rape. The case was initially listed as “continuing investigation,” but was shortly followed up by a refusal of charges.

“It was a different case with different circumstances, and there was insufficient evidence to pursue charges,” state’s attorney spokesperson Sally Daly said at the time.

Lynch’s parole date has not been set.