A CWBChicago investigation has found that nearly 10% of the people facing violent crime or serious weapons charges in our area have gone missing after being released on bail.

When a judge sets a cash or deposit bond for a defendant, Illinois requires that 10% of the bond amount be put down to secure the person’s freedom to await trial. If the accused goes missing, the person who put up the bail money risks being held responsible for the remaining 90%. 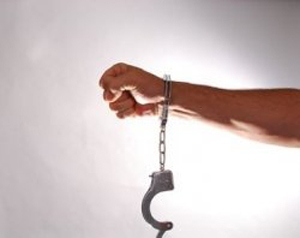 Many states allow professional bondsmen to put up money for accused individuals. If someone goes missing, the responsible bondsman can then hire a bounty hunter to track the offender down. Bondsmen and bounty hunting are illegal in Illinois.

Of the missing individuals in our study, one man was released on a recognizance bond. Another had bail posted by a community group that bails out accused criminals who “have been impacted by structural violence.” Others had relatively low bonds set for violent crimes.

For our report, CWBChicago reviewed the statuses of 55 pending cases involving violent or serious weapons-related crimes in our area. We included murder, criminal sexual assault, robbery, home invasion, and felony weapons cases in our research.

Here are the men who’ve gone missing, a look at how they got out of jail, and what they are accused of doing to get put behind bars in the first place. Information is current as of 3 p.m. on July 20, 2017, according to records in the Office of the Cook County Court Clerk.

Allegation: A 25-year-old man told police that he was walking in Boystown when Manning and another man pushed him into an alley and robbed him around 3 a.m. on May 17, prosecutors said. Manning gave the Howard Brown Health Center in Uptown as his home address.

Status: AWOL since missing a court date on July 17. An acquaintance of Manning’s told CWBChicago that he has “disappeared.”

Allegation: Brewer and another man are accused of pushing a Lakeview landscaper to the ground, indicating that they had firearms, and stealing the man’s leaf blower from his equipment trailer on May 6, 2016.

Allegation: Police said they found Davis in possession of a firearm and drugs during a traffic stop in the 4300 block of North Broadway on January 5, 2017.

Status: Hasn’t been seen since missing a court date on June 7.

Allegation: Prosecutors say he covered his face with a black plastic bag and entered an Uptown woman’s home with an “extremely large knife” by cutting through a screen on August 24, 2016.

Status: Benitez-Sanchez has been missing since skipping court on June 15, 2017.

Allegation: Lloyd and two other men are accused of robbing two Lakeview women in separate muggings on December 3, 2016.

Status: In mid-May, Lloyd went to Dayton, OH, where he and an accomplice allegedly shot a man three times during a robbery. He is in custody there.