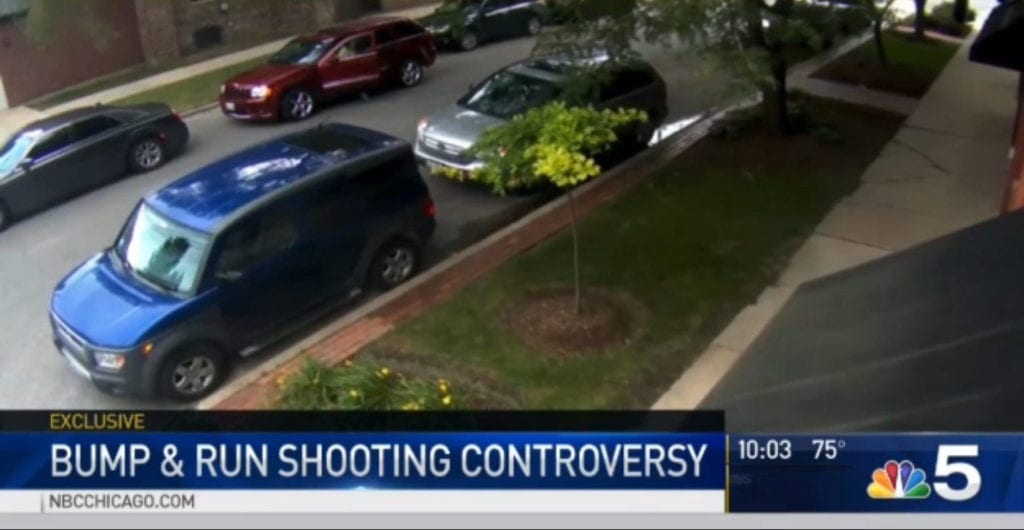 Last Wednesday, CWBChicago reported exclusively that cops are on the lookout for a Chrysler 300 that has been used in a series of bump ’n’ run auto thefts across the North Side.

The suspect vehicle is a silver or gray Chrysler 300 with tinted windows, we reported. Its license plate begins with X92. 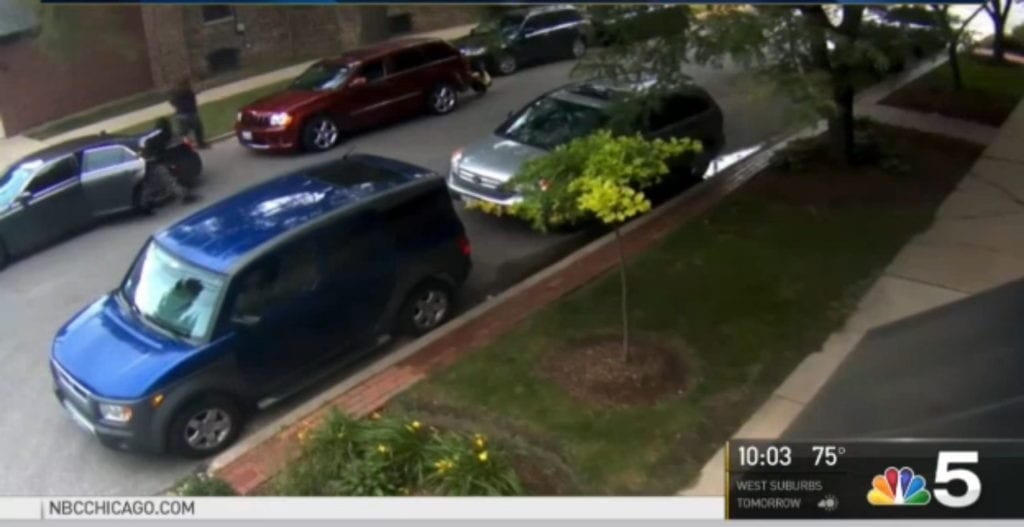 Two days later, NBC5 aired video of a bump ’n’ run that appears to show the 300 in action.

The television report briefly mentions that the car is wanted in a series of similar incidents, but the report focuses on the victim—licensed to carry a concealed firearm—who shot at a suspect. 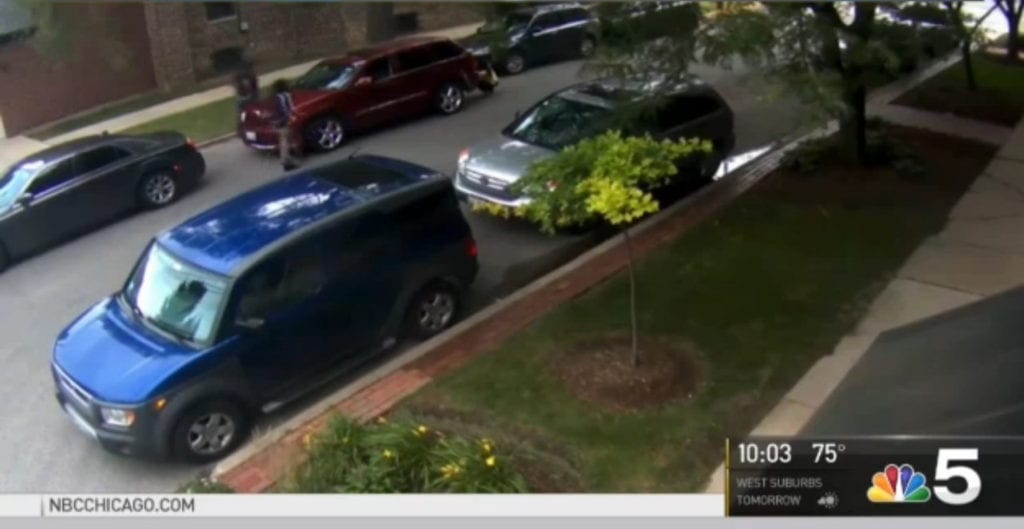 Watch the video here. It will show you exactly how these incidents unfold.

Moments after the thieves have lightly tapped the back end of the targeted car with the Chrysler 300, the victim, wearing a yellow top, gets out of her SUV to look for damage. 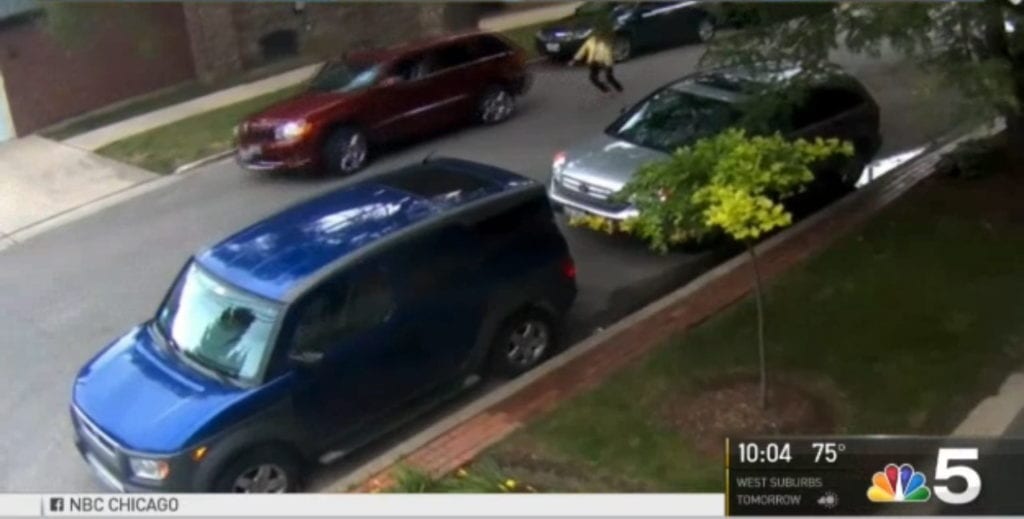 At the same time, one of the would-be thieves jumps behind the wheel of her truck and speeds away with the Chrysler 300 leading the escape. A third thief appears to have been left behind by his two so-call friends. 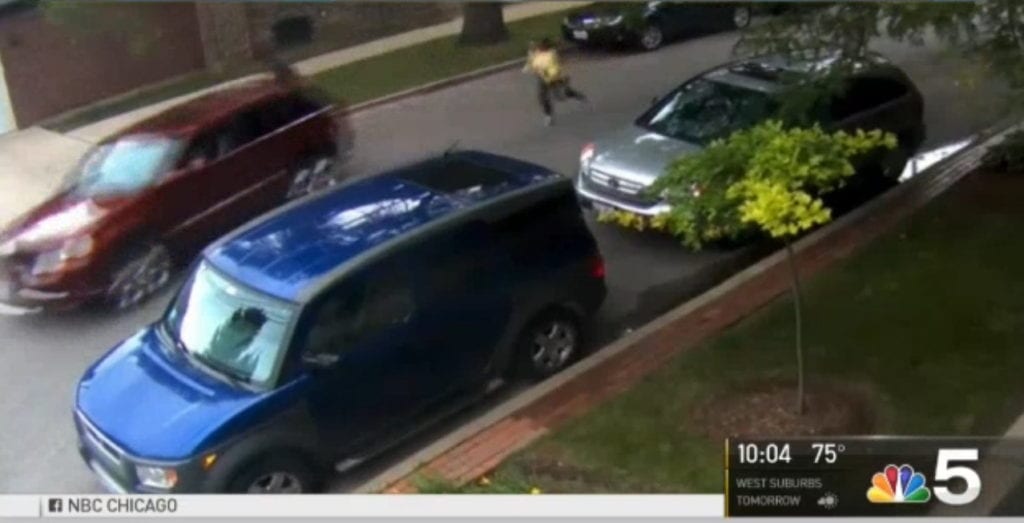