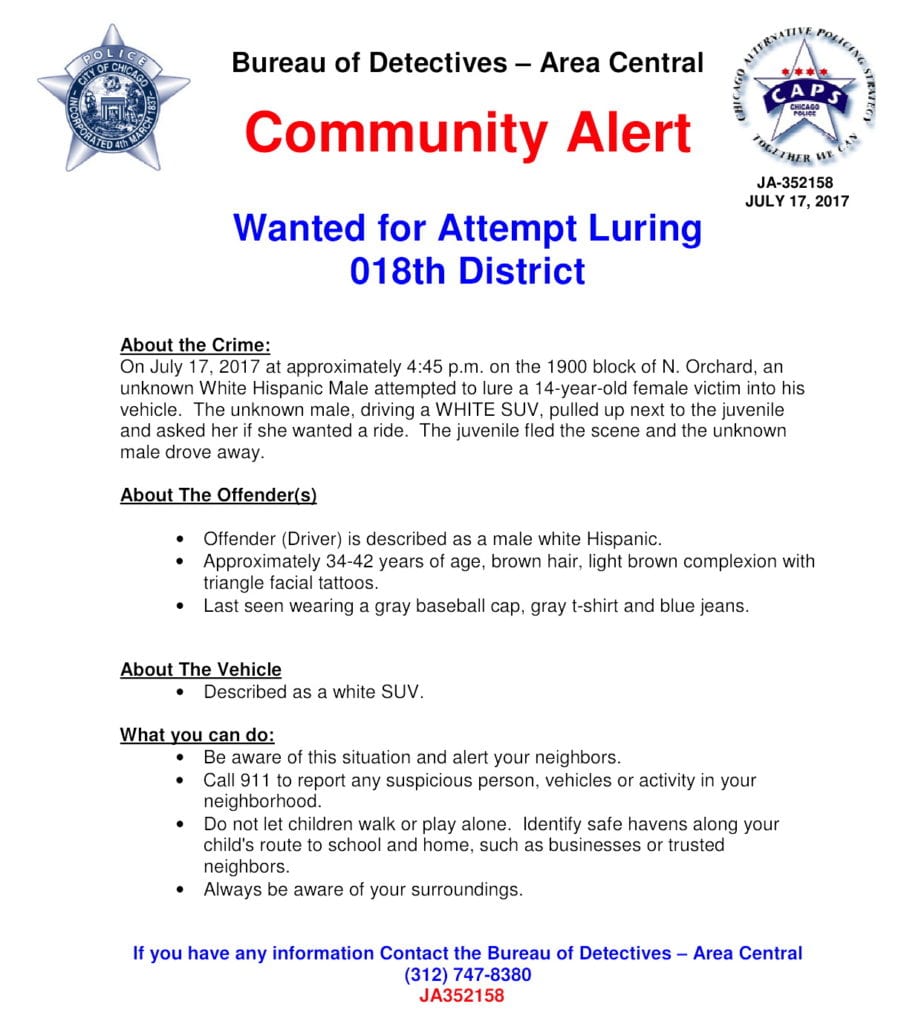 For the second time in less than a week, Chicago police have issued a community alert to warn about child luring in Lincoln Park.

The newest warning comes after a 14-year-old girl was targeted as she walked in the 1900 block of North Orchard on Monday afternoon.

Police say a 34-42 year old Hispanic man pulled up along side the girl and tried to draw her into his vehicle around 4:45 p.m. The girl ran away.

The suspect has brown hair and triangle-shaped face tattoos. He was wearing a gray baseball cap, gray t-shirt and blue jeans.

You can support CWB’s newsgathering efforts with a contribution ot our operating fund.

Last Wednesday, police issued a separate alert after a man tried to lure 13-year-old girl into his car near the DePaul University campus.

The girl was walking eastbound in the 1300 block of West Fullerton when the man drove up in an older model gold or brown 2-door sedan around 7:10 p.m., police said.

He then tried to lure the girl into his car, but she ignored him and notified police.

The suspect in last week’s case was described as a 22-30 year old Hispanic man with a muscular build and short black hair that is curly on top and close-cropped on the sides. He had sideburns and a short beard or goatee, police said. Tattoos were visible on his right shoulder and his right ear may be pierced.

If you have any information about either case, contact Area Central detectives at (312) 747-8380