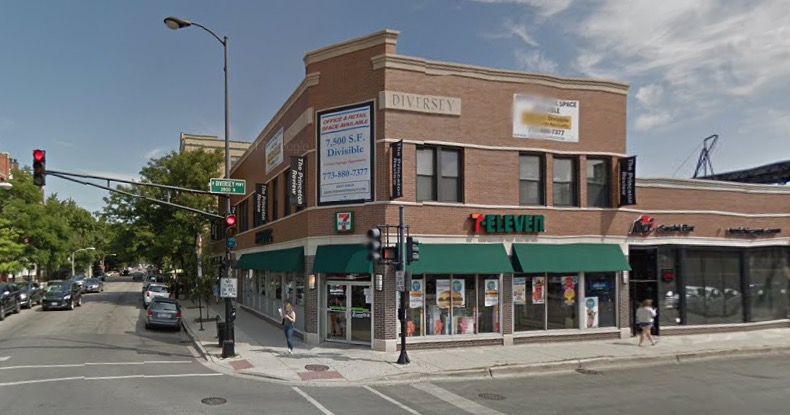 The 7-Eleven store at Diversey and Sheffield was robbed at gunpoint early yesterday, police said. An armed man entered the store around 12:18 a.m, pulled a gun on the clerk and demanded cash. He then fled northbound on Sheffield.

Surveillance video shows the offender to be a black man in his 30’s who was wearing a black and gray sweater and stonewashed jeans. He had short hair.

Other robbery reports this week:

• A man reported being robbed in the 3700 block of North Broadway around 4:50 a.m. on Thursday. The victim’s call for help went unassigned for 20 minutes because the police district had no officers available to handle his call. The offender was described only as a white male in a gray car.

• Around 3:20 a.m. last Sunday, an out-of-town man reported that two women stole his wallet and phone, then pushed him out of their vehicle near Nelson and Racine.

• At 3:22 a.m. last Sunday, a robbery victim walked into the 19th District station after getting mugged at Halsted and Cornelia in Boystown. The offender is described as a light-skinned, 5’9” tall black man who was wearing a red or orange hoodie with blue and black sweatpants. He is in his late 20’s and was last seen heading westbound on Cornelia.

Stolen was the man’s black and gray camouflage backpack.