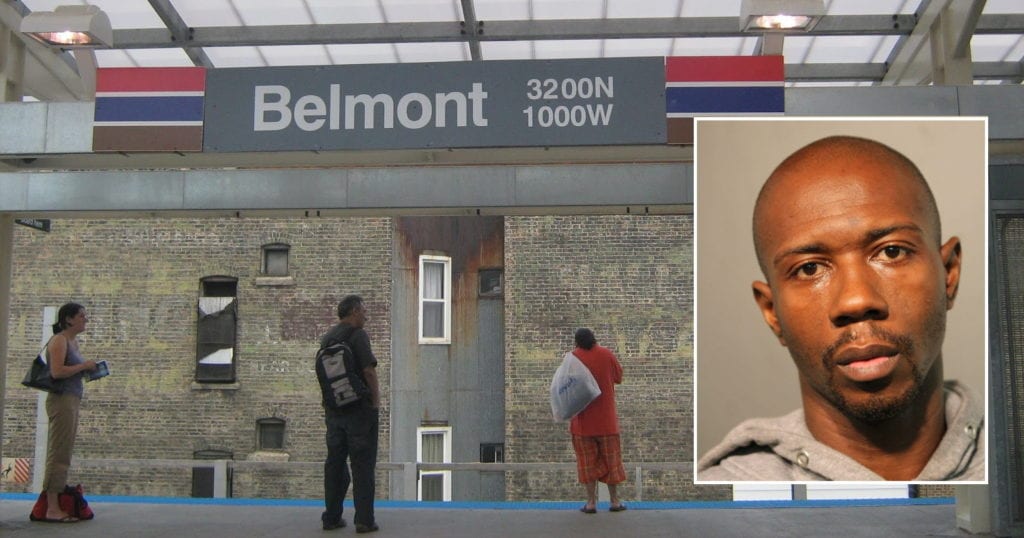 A 29-year-old West Side man, on parole for robbery, has been charged with having a loaded AK-47 assault rifle at the Belmont Red Line station yesterday morning.

CWBChicago was first to report the details of Saturday’s arrest.

Jordan Watkins was arrested around 6:30 a.m. after a witness reported seeing a man with a large gun on the southbound platform. Arriving officers found Watkins with the Kalashnikov strapped around his neck, a police source said.

According to a police source, Watkins was recently shot, and detectives want to interview him about his possible involvement in a Humboldt Park shooting this week.

State records show that he was sentenced to six years in prison for armed robbery and one year for narcotics in 2013. He has been free on parole since last August.

Before that, he was sentenced to 2-1/2 years for narcotics in 2008 and three years for possession of a stolen motor vehicle in 2007.

Watkins, of the Austin neighborhood, is due in court this afternoon.