Fifty-five Lakeview-area residents and businesses have teamed up to raise $3,325 for families of Chicago police officers who have been killed or critically injured in the line of duty.

The local campaign is part of a citywide effort to raise money for the Chicago Police Memorial Foundation and the PAWS no-kill animal shelter by sponsoring giant police K9 statues that will be displayed along the Magnificent Mile starting July 23.

The local drive’s K9 — from “Friends Of The Town Hall District” — has been decorated by students of The Nettelhorst School, 3252 North Broadway. 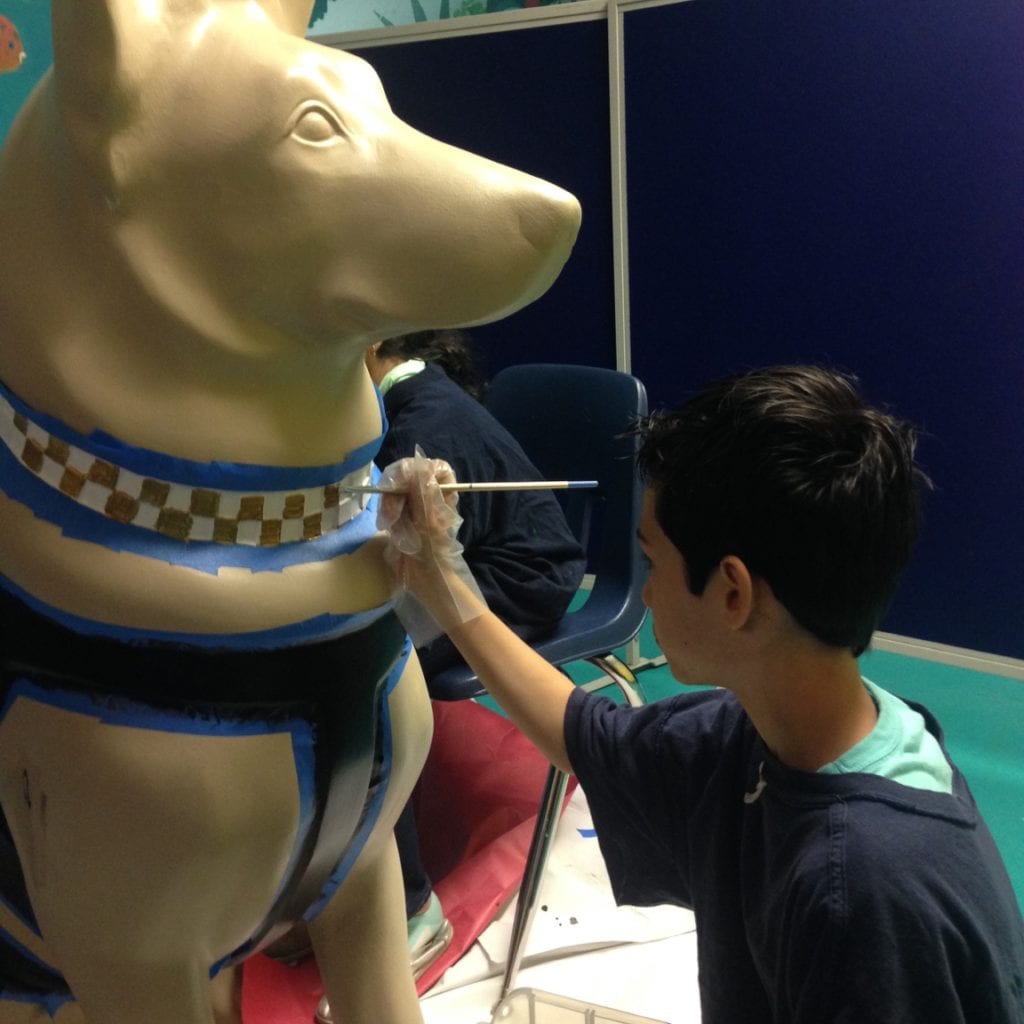 Nettelhorst teachers used the project as an opportunity for students to learn more about police work, K9 patrols, and the 32 Chicago officers who have fallen in service to our local police district since 1894. 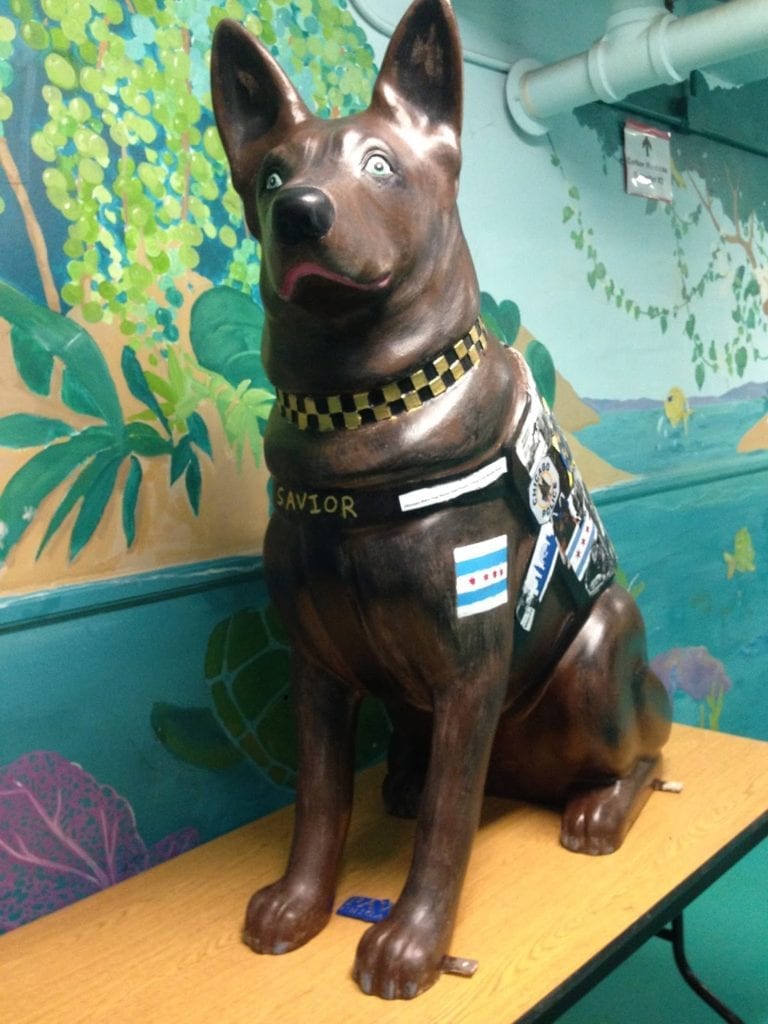 Students brainstormed designs and personally completed the K9 statue, which they named “Savior.” The piece is now being prepared for its Mag Mile debut. 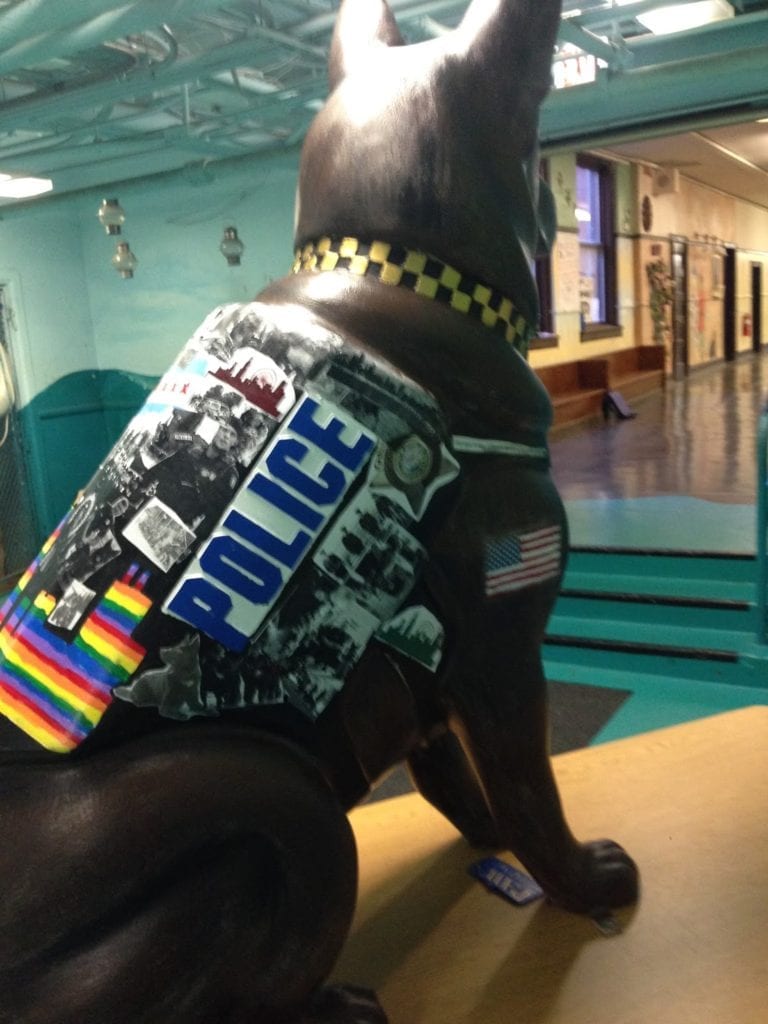 After public display ends on Labor Day, the Town Hall K9 will return to Nettelhorst School. The generosity of our neighbors has allowed the school to take ownership of the piece rather than having it go up for auction. 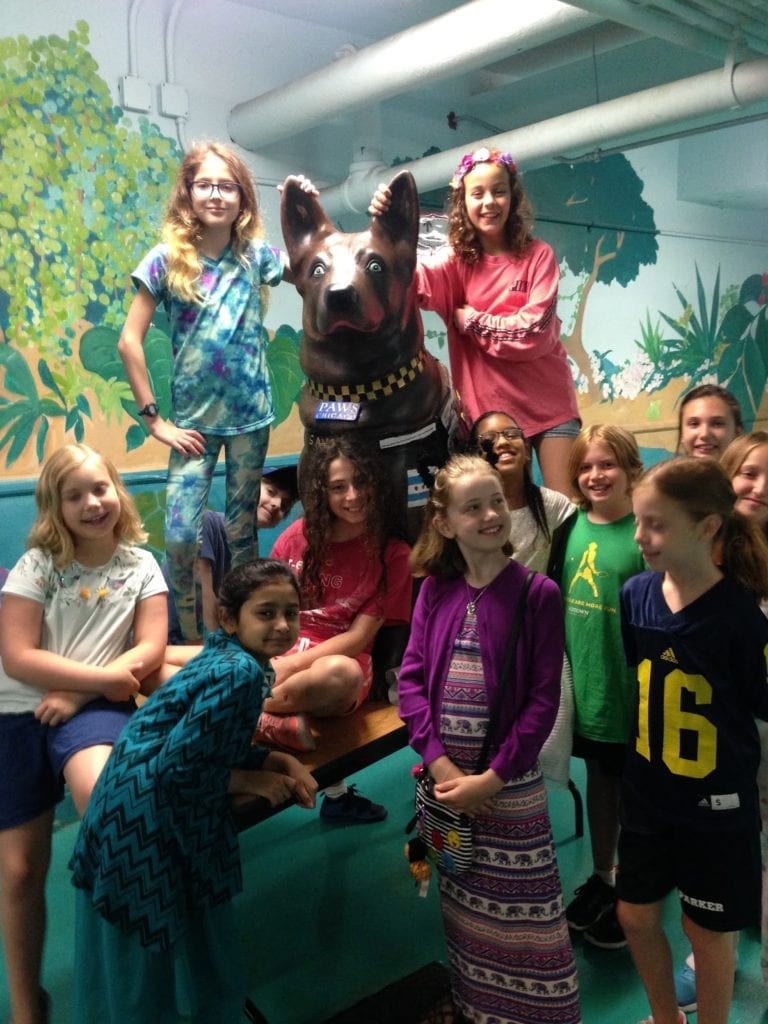 At 1:45 this morning, 19th District officers gathered near the intersection of Belmont and Western to mark the 9th anniversary of Officer Richard Francis’ death in the line of duty.

As he arrived on-scene, just a block from the police station at 2452 West Belmont, Francis recognized the unruly passenger. Robin Johnson was a familiar face for him and other officers in the district.

As Francis stood near Johnson, she disarmed and shot him. Francis fell to the ground and laid motionless as Johnson shot him two more times. He died at the scene.

Johnson then shot at responding officers who returned fire — 20 shots fired in seven seconds, according to reports.

She survived and is serving a life sentence.

Francis is survived by his wife Deborah; and two step-daughters.