It’s happening well out of our usual coverage area, but the latest community alert from Chicago police is jaw-dropping.

Detectives are warning Near South Side residents of a robbery crew that includes a 6- to 8-year-old boy who’s armed with a silver handgun.

The offenders struck at least 11 times during June, most recently on June 28th, according to the alert that came out on Saturday. 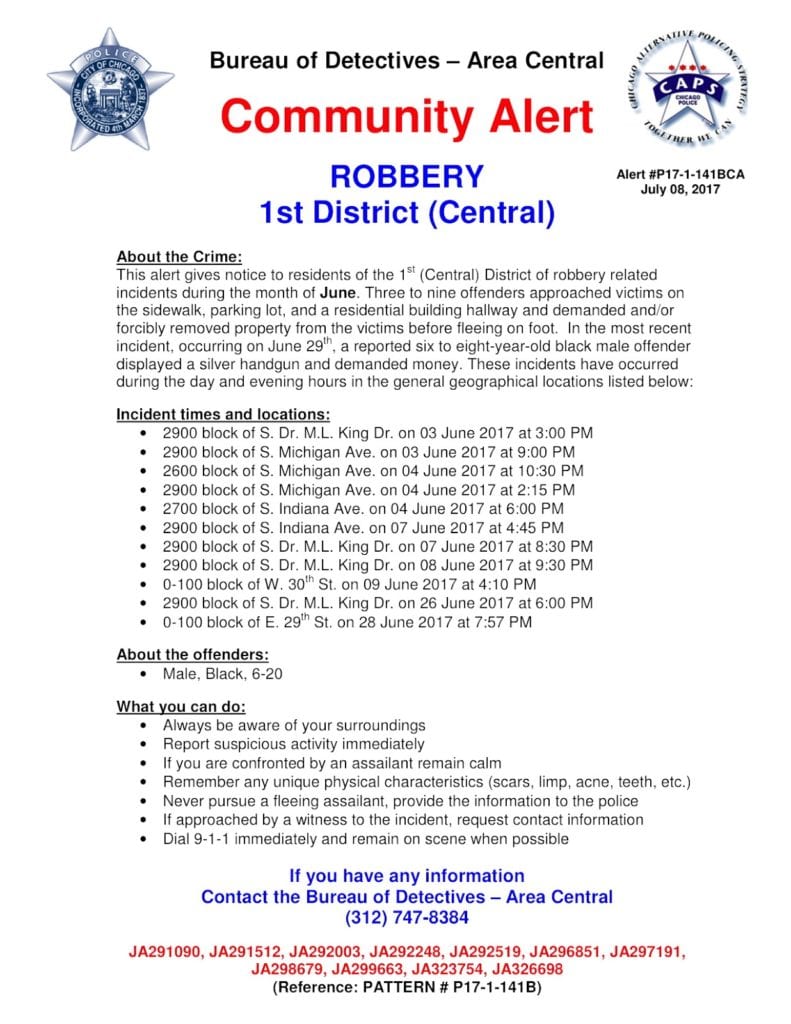 Each time, between three and nine robbers have approached victims and either demanded valuables or taken property by force before running away.

Robberies have been reported on sidewalks, in parking lots, and in an apartment building hallway, cops said.

Around 8 p.m. on June 28, a group of offenders included the young boy who police said “displayed a silver handgun and demanded money” in the first block of East 29th Street in the Douglas neighborhood.

The alert describes the offenders only as black males between 6- and 20-years-old.