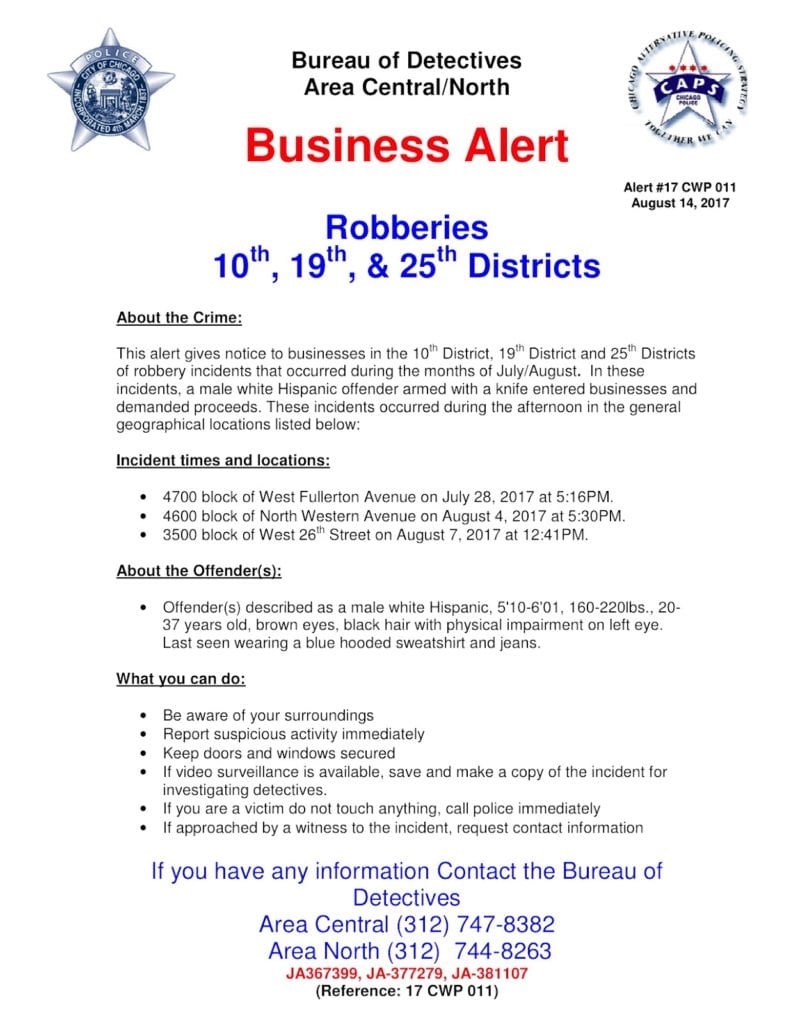 The recent armed robbery of a Lincoln Square jewelry store is part of a larger crime pattern, according to a new community alert from police detectives. At least two similar hold-ups have been reported at businesses since July 28, police said.

In each case, a man armed with a knife has entered a business during the afternoon hours and demanded valuables.

On August 4, the offender walked into the Nomadic Ant, 4604 North Western, around 5:20 p.m. and placed a knife to the side of an employee’s chest. After demanding “all of the money,” the man fled southbound on Western Avenue with cash, according to a report.

The suspect is a Hispanic man with a physical impairment to his left eye, according to the community alert. He stands 5’10” to 6’1” tall and weighs 160-220 pounds. He has black hair, brown eyes, and is between 20 and 37-years-old.

The Lincoln Square victim said the man had bandages on his face.