Two boys—one 13 and the other 14—are charged with threatening to shoot a woman during a robbery in Lincoln Park on Monday evening. 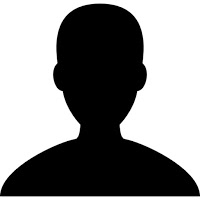 The 23-year-old victim was walking near her home in the 500 block of West Deming Place around 9 p.m. when the two offenders approached her, announced a robbery, and threatened to shoot her, police said.

Both robbers fled after the woman handed over her shoulder bag, which contained a laptop.

Minutes later, officers saw two suspects who matched the offenders’ descriptions in the 600 block of West Wrightwood. The two were stopped and were then positively identified by the victim, according to police.

The first suspect, a 13-year-old boy, is charged with felony robbery-indicating firearm and possession of a replica firearm-pellet gun.

His accomplice, a 14-year-old boy, is charged with felony robbery-indicating firearm.

No further information about the suspects will be released by authorities because the two are juveniles.

In a scenario that reverses the ages in Monday’s hold-up, three teenagers reported that they were robbed by two adults in the 2400 block of North Lincoln on Sunday evening.

A 14-year-old and two others were walking when an adult male placed an object to their backs and demanded valuables around 7 p.m., police said.

The offenders were two men: One is white, 25, slim, 6-feet tall and wore a red shirt with shorts. The other is black, 25, 6’2” tall, and he had a skateboard with a “Supreme” sticker on it. Both were last seen heading northbound on Lincoln Avenue.