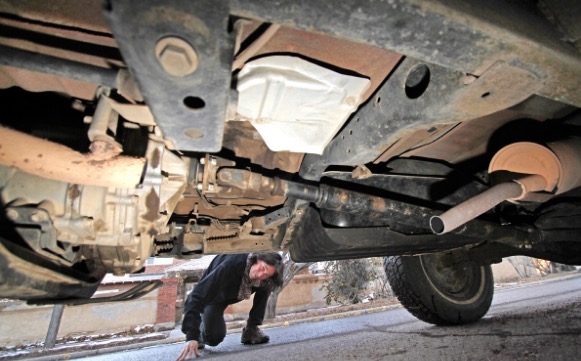 Police are once again warning North Side residents about catalytic converter thieves. The current crew seems to be concentrating its efforts around DePaul University and nearby Lincoln Park.

As usual, the thieves work during overnight hours, sawing catalytic converters off of parked vehicles. They’re focusing on Lexus and Honda models currently, police said in an alert.

The criminals will eventually sell the stolen converters for a couple of hundred bucks each. And the victims will typically pay a couple of thousand dollars to have the damage repaired.

The suspects, according to the police alert, are two black men who wear hoodies. Their work is often quite noticeable as it involves sawing through metal in the middle of the night.