It was a rough start to the Cubs post-season on Monday for Monterrey Security—the company contracted to provide guard services at Wrigley Field and most other major Chicago sports venues. 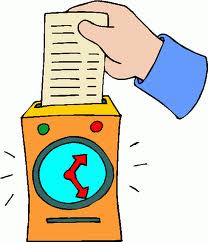 The company recently lost its license to operate in the state of Minnesota and lost its contract to protect the Minnesota Vikings’ home stadium after an investigation allegedly found that Monterrey hired people with criminal records, failed to vet security workers, and double-billed for services in the Twin Cities.

According to police radio transmissions provided to CWBChicago, the top cop in charge of security at Monday night’s Cubs game was surprised to learn that Monterrey’s workers had packed up and gone home before their job was done.

As recently as last week, Chicago’s Office of Emergency Management and Communications seemed to be standing by Monterrey as a competent partner in securing major events.

“We have been working very closely with the Cubs and the Bears to ensure the upcoming events held here in Chicago are safe and successful,” the Department said last Thursday. “We will continue to work closely with them to ensure their private security apparatuses also meet our extremely high expectations.”

After listening to police radio traffic and speaking with some officers who worked at Monday’s game, something’s looking iffy:

6:50 p.m. CPD radio transmission
Deputy Chief: “Remind Monterrey that once those [stadium] gates close…it’s their responsibility to help us clear this corner out” at Clark and Addison.

6:55 p.m. CPD radio transmission
Commander of traffic division: “Yeah, boss. Monterrey has been released. They’re gone for the day. There’s none of their people here.”

It’s not clear why the company’s people packed up for the night. Monterrey did not respond to a request for comment.