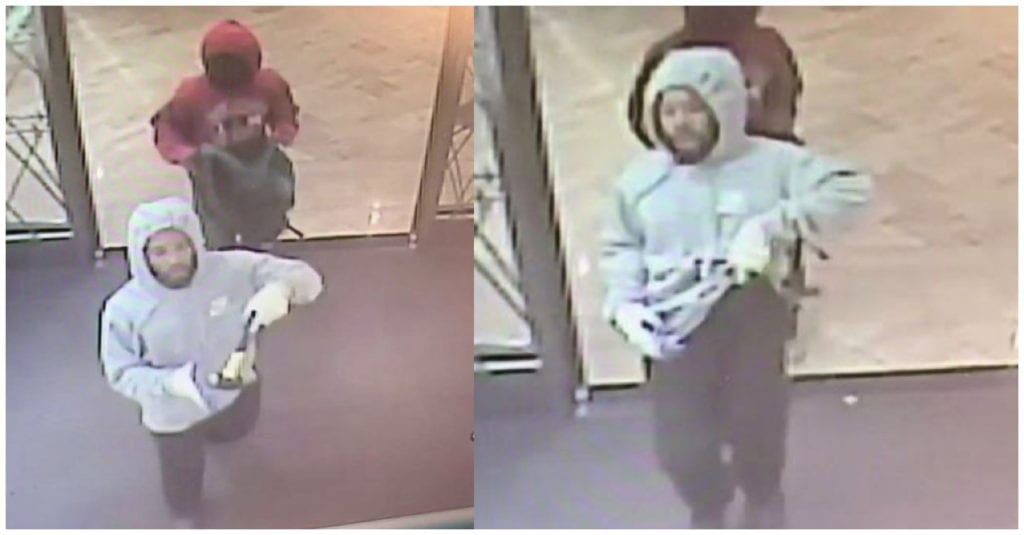 For the second time in a month, thieves armed with hammers have walked into a Water Tower watch shop, broken display cases, and made off with luxury timepieces, police said today.

A group of offenders walked into Tourneau on the mall’s third floor, smashed the glass display case with mallets, and ran away with valuable watches at 11:40 a.m. on Friday.

The same crew struck the same store at 11 a.m. on October 13, according to a police alert.

Today’s alert does not mention where the crimes have taken place, but a source confirmed the location for CWBChicago.

Please support CWB’s newsgathering efforts with a donation to our Tip Jar.

Police said the thieves are a group of black men between 17- and 25-years-old. They stand 5’10” to 6-feet tall and have thin builds. Today, all of the offenders wore hooded sweatshirts with the ”Nike” logo. In October, they wore jackets with multiple patches.

As to how other retailers could prevent falling victim to the crew, the alert recommends that stores “update security video equipment” and “call 911.”

Anyone with information about these crimes is asked to call Area Central investigators as (312) 747-8384.