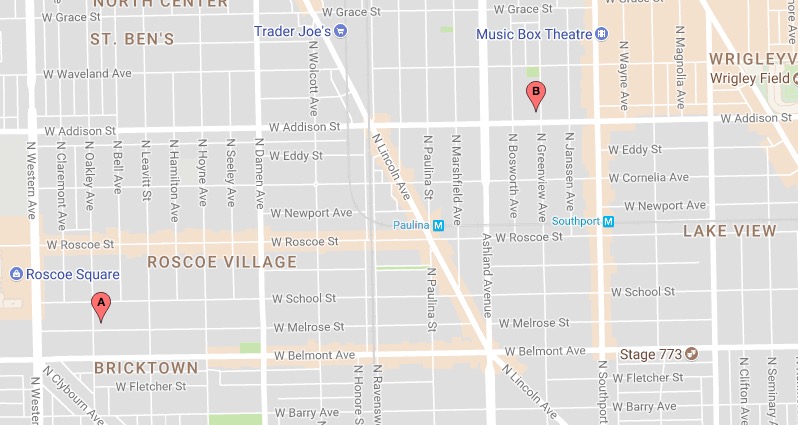 Two men have been beaten and robbed in separate muggings since late Wednesday night—one in North Center and the other near Wrigleyville.

Around 12:30 this morning, a Lakeview man was beaten in the head and robbed at gunpoint in the 3600 block of North Greenview, police said. After getting the man’s valuables, the offender jumped into a silver 4-door Mazda with a license plate that begins with E904. The gunman is described as a black man wearing a white shirt and blue jeans.

The North Center attack was reported at 11:30 Wednesday night. In that case, a 39-year-old man was jumped from behind, beaten and robbed outside his home in the 2200 block of West Melrose. Police said the offender is a male of unknown race who was wearing a dark hoodie and blue jeans. He was last seen running eastbound from Oakley.

Around 11:15 p.m., the offenders approached the woman near Clarendon and Cuyler and ordered her out of her car. They jumped into her white Buick Encore and sped away northbound in the 4100 block of North Marine Drive, police said.

The offenders are described as two black men in their late teens or early 20’s. They are clean-shaven, slim,  and wore green or blue puffy coats.