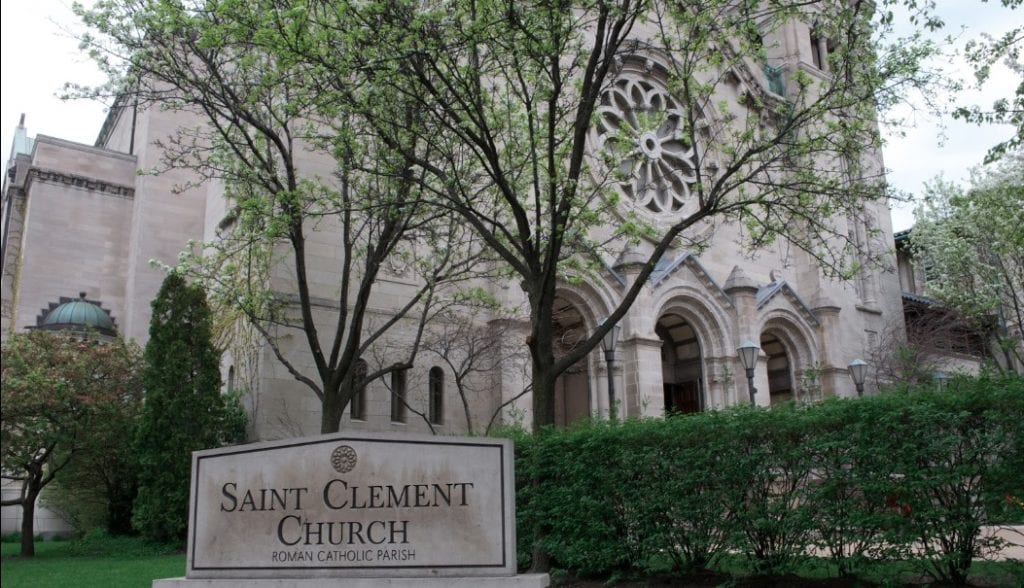 A Lincoln Park church became the latest North Side house of worship to fall victim to burglars. Meanwhile, an Uptown man who has been charged with burglarizing three Rogers Park synagogues was arrested this week—for burglarizing a fourth synagogue.

Here are the details:

• A worker found the church chapel broken into as he arrived at St. Clement Catholic Church around 8:30 a.m. on Saturday. The parish was working to identify what was taken in the break-in as evidence technicians arrived at the parish, 642 West Deming.

• Monday evening we told you about David Bovit, the 27-year-old Uptown man who was charged with burglarizing two Rogers Park synagogues.

As it turns out, hours before we posted our story, Bovit was arrested again and charged with burglarizing Khal Ohr Yisocher synagogue, 6336 North Lincoln.

When police arrested Bovit later that day he allegedly uttered that he “only took $70” and he would repay the synagogue if officers would agree to not arrest him.

Bovit was charged Monday with one additional felony count of burglary of a place of worship. Bail was set at $100,000 for the latest charge.

On April 27, Bovit was accused of burglarizing the Congregation Tiferes Yisroel as well as another, unnamed synagogue, this spring. He was charged with two felony counts of burglary of a place of worship and possession of suspect crack cocaine.

Last month, Bovit was identified on video as being the man who entered Congregation KINS of West Rogers Park on August 27 and took cash from a drawer.