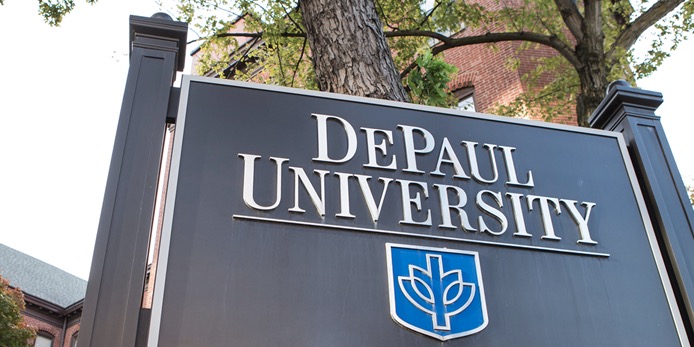 A 21-year-old man told police that he was shot during a robbery attempt in a DePaul University parking lot around 8:15 Sunday evening.

Officially, police said that “the man was standing in an alley when a male offender approached and attempted to rob him. The victim then heard a shot and felt pain.”

The victim was taken to Northwestern Memorial Hospital by a friend. He is said to be in good condition with a gunshot wound to his left thigh.

According to sources, the victim reported that he was in a DePaul University parking lot near the Fullerton Red Line when he was attacked in the 900 block of West Fullerton.

A police source said the victim described the offenders as a Hispanic man wearing a red jacket with marks on the front in the company of a short Hispanic female. They fled the scene in a gray or gold RAV4, the victim said.

DePaul University did not respond to an overnight request for information.